The End of Suburbia and the crucial role it played in the rise and fall of our financial and economic future. 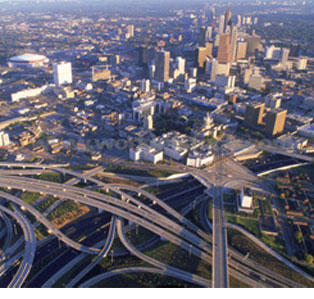 Every catastrophic turn of events or long-term justification of lunacy carries a root we call the Original Sin. In the Internet, Marketing and Advertising business we use the expression GIGO – Garbage In, Garbage Out. There are clear parallels to GIGO with our massive economic and financial crisis.

Not often do I resort to publishing someone else fruit of the pen (or keyboard if you like), but frankly I’m just afraid that a lot of people would miss James Howard Kunstler’s perfect assessment of “the End of Suburbia and the Crucial Role it will play in the Rise and Fall of our Financial and Economic Future.”

True, Kunstler is subjective. Most of his writings underline his disdain for the suburbia developments and how he favors a new Urban Movement. The following article requires an open mind for a different view, and if you can manage that, you’ll come out with a very interesting perspective from a man who knows his business. He explains in a lilting style that we are in the process of saying goodbye to American Suburbia.

Here is the story first published in the New Yorker Magazine on September 21, 2009:

‚ÄúIn our history, the American nation committed obvious sins against select groups of people, and we‚Äôve paid bitterly for some of that. But now it‚Äôs our sins against the land itself that threaten to sink the USA as a viable enterprise.

It‚Äôs odd, that in his otherwise excellent blow-by-blow account (Eight Days, in the Sept 21 New Yorker Magazine) of the September 2008 Wall Street meltdown that left Lehman dead, and AIG croaking in a ditch, and the banking system in general functionally crippled, reporter James B. Stewart never got around to really describing the cause of it all ‚Äî namely, the on-the-ground material catastrophe of American suburbia. It was the worthlessness of the tradable securitized debt associated with all those overpriced (and overvalued) chipboard and vinyl houses, smeared recklessly over the American landscape, which started all the trouble in the first place. And it is our inability to come to grips with that underlying catastrophe that prolongs the resolution of the still-florid banking crisis ‚Äî since the federal government is doing everything possible to prop up the failed capital equation of terminal suburbia, and to deny the obsolescence of that version of the American Dream and all the mechanisms for delivering it.

The suburban project was not a conspiracy by the likes of Robert Moses, Walt Disney, Frank Lloyd Wright, and President Eisenhower to produce a living arrangement with no future. It was the emergent, self-organizing result of special circumstances in a particular time and place: post World War Two America, with an immense supply of cheap oil, cheap land, and the industrial capacity to churn out all the necessary components for a car-dependent development pattern. Suburbia was spawned out of a couple of persistent themes in American cultural history: 1.) that cities and city life were no good; 2.) and that the romance of settling the wilderness could be reenacted, at great profit, in all that space beyond the towns and cities. It would be silly to deny the appeal of this arrangement at its inception. By the end of WW II, city life in the popular imagination was reduced to one potently awful image: Ralph Kramden‚Äôs apartment in The Honeymooners TV show.

There had to be something better than that. Suburbia was engineered as the antidote to the Kramden‚Äôs apartment: country-living-for-everybody. The evacuation of the cities to the new outlands proceeded as relentlessly as the landings at Normandy. It wasn‚Äôt until the program was well underway that the self-destructive essence of it became obvious ‚Äî that every new housing subdivision killed the original rural character of the land, with the result that suburban life quickly became a cartoon of country living in a cartoon of a country house in a cartoon of the country. With additional layer-on-layer of, first, the shopping in the form of highway strips, then malls, along with the office parks, these places elaborated themselves into a kind of cancer-of-the-landscape, a chronic and expensive condition that Americans had no choice but to live with, because of the monumental investments they had already made in it. The discontents it produced lent it to psychological depression and dark humor, just as chronic illness does. But we were stuck with it.

Meanwhile, all the machinery of culture and politics made it impossible to construct anything differently. The exquisitely fine-tuned planning-and-zoning codes generated by the thousands of town boards mandated a suburban outcome everywhere ‚Äî with plenty of help from the DOT traffic engineers, the fire marshals, and the even the mandarins of academia who trained all these professionals. As a natural consequence of all this, the disinvestment in cities ‚Äî especially the older cities of the industrial heartland ‚Äî continued remorselessly until it seemed as if the Second World War had taken place in St. Louis and Cleveland.

This mode of behavior persisted through the first, short-lived oil scarcity tremors of the 1970s. It was so completely embedded in the popular imagination that it had become the baseline American identity. The suburban project caught a second wind in the 1990s, when the last great non-OPEC oil fields of the North Sea, Alaska, and Siberia nullified the grip of the Islamic cartel for while, and sent the price of oil down to $11-a-barrel. Ironically, it was during those years that the warnings of peak oil first circulated beyond the geology offices, and it was clear to anyone who reflected on the connections that the project of suburbia was doomed.

It was also ironic, tragically so, that during this same period Wall Street began to seek some new way to make real money beyond stock and bond markets, which didn‚Äôt seem to produce wealth at all for more than a decade when inflation was factored in. By a fortuitous coincidence, the revolution in computers enabled Wall Street bankers to concoct abstruse new species of tradable paper securities based on bundles of debt that seemed to produce miraculous earnings. It had the added advantage of being inscrutable to both investors and financial regulators. Due diligence became impossible and moral hazard spread like ringworm in a dormitory. The bulk of the securitized debt originated in home mortgages and the larger result was a gigantic racket ramped up between Wall Street and the US government to conceal all the structural weaknesses of a de-industrialized US economy behind a hyperbolic commerce in the very thing that the American public cherished most: their houses, which, understandably, everybody had come to call homes. Wall Street might as easily have commoditized mother and apple pie – if you could sell each one for half a million dollars.

The banking fiasco still underway is at once a proxy for the larger failure of the American economy and the greatest fissure in it. Put as simply possible: we can‚Äôt service our debt, we can‚Äôt generate more debt, and the notional √¨capital√Æ we thought we possessed is dissolving into nothingness. The federal government and Wall Street remain committed to supporting all the rackets associated with a suburban sprawl economy that has entered its own zone of remorseless failure. It is failing as a capital investment first, and is secondarily failing as a practical living arrangement. The two failures will continue in a close race toward terminal entropy.

The dirty secret all along was that by 2005 there was no economy left in the USA beyond the suburban sprawl economy with its so-called consumer nexus ‚Äî largely devoted to the outfitting of suburbia. More mortgage debt (and credit card and car loan debt) will go bad and the investment paper that represents it will go bad and it will eventually destroy our current system for accumulating, valuing, and deploying wealth. It will not destroy the function of capital ‚Äî no matter how many angry intellectuals inveigh against the straw man of capital-ism, as if it were merely a belief system ‚Äî but it will be a long long time before anything sturdy or credible in the way of banking will be reconstructed out of the wreckage.