Central banks are starting to hoard gold. Why? What's the real solution to the constant boom and bust of our credit markets? 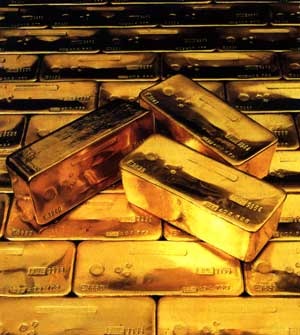 What is the most important reason to own gold? It‚Äôs because gold is actually money. It’s an unfortunate historical anomaly that people think about the paper in their wallets as money. The dollar is, technically, a currency. A currency is a government substitute for money. Gold is money.

Why do I say that?

By that definition, almost anything could be used as money, but obviously, some things work better than others; it’s hard to exchange things people don’t want, and some things don’t store value well. Over thousands of years, the precious metals have emerged as the best form of money. Gold and silver both are the best, though primarily gold.

There are very good reasons for this, and they are not new reasons. Aristotle defined five reasons why gold is money in the fourth century BC (which may only have been the first time it was put down on paper). Those five reasons are as valid today as they were then. A good form of money must be: durable, divisible, consistent, convenient, and have value in and of itself.

Central banks are starting to hoard gold. Why? What’s the real solution to the constant boom and bust of our credit markets? Simple: a sound currency whose price (interest rates) is set by the demands of the global market, not by any government.

Calling our current system “modern” is a misnomer. Our current system is barbaric. It has proven to be a failure every single time in history when it has been tried. Paper money has been used for thousands of years to steal the wealth of the middle class, impose a secret tax on the productive, and swindle, through speculation, the fortunes of those who are honest and hard working. On the other hand, only one monetary system has proven to work, every single time it has been tried ‚Äì gold. And yet it is the gold system that has been labeled “barbaric” by the politicians who fear it.

Just because the U.S. is unlikely to ever return to the gold standard doesn’t mean you can’t. One year ago today, gold was trading for $635. Today, it sits at $1,000. There is a very good reason for this. Gold is no one else’s liability. And it is difficult to produce. Over the last year, our Federal Reserve increased the size of its balance sheet by 126%. So far, this has only resulted in roughly 20% more currency in circulation. But eventually, all of this new credit will end up as money, greatly devaluing the purchasing value of the paper you hold in your wallet.

The same thing, at various rates of growth, is happening around the world at every major central bank. And that is why, according to sources in the gold market, central banks themselves are for the first time in more than a decade net purchasers of gold. The politicians want you to use their paper money. Meanwhile, they’ve decided to stockpile gold. So should you.