I rushed out my front door and there was the Google Maps Street View Car, right in my own neighborhood, right in front of my house! 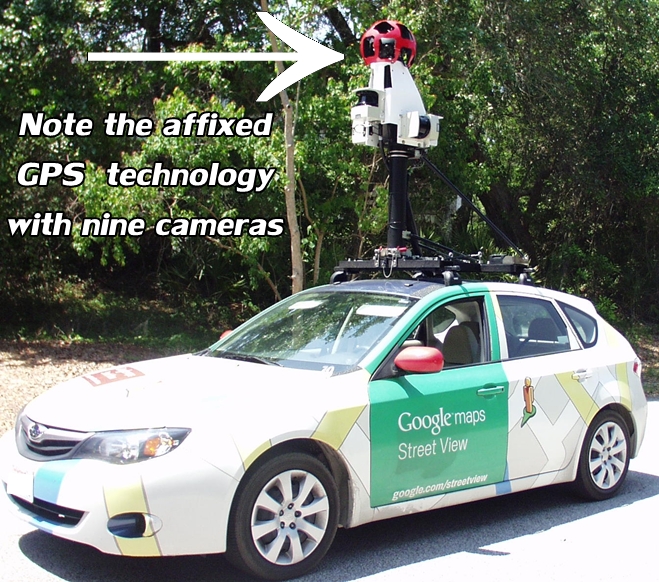 I received a phone call this afternoon from my husband saying that he had just seen the Google Maps Street View car on Amelia Island and that I should try to catch up with the car to take a picture and get a quick story for SearchAmelia. Well, of course I was right in the middle of working on a proposal for a potential client’s website, so I couldn’t drop what I was doing and rush out the door.

The thought of the car remained on my mind for the next hour or so, and I half regretted not rushing to its last known location. When I finished my proposal I stood up for a much needed break from my bank of computers that resemble NASA’s Houston facility and noticed an odd car slowly passing my house. I rushed out the door and low and behold there was the Google Maps Street View car, right in my own neighborhood, right in front of my house! I bolted to the end of my driveway just as he looped the neighboring cul-de-sac and frantically waved my arms, successfully flagging him to a hault.

I introduced myself to Gary and asked if I could take a picture of his car (afterall, he was taking pictures of my house) and he was kind enough to oblige and give me some insight into how Google Maps Street View works so I could share it with you here on SearchAmelia.

In May of 2007, Google launched their Street View Maps project to let their users see the world through images. In the beginning they were limited to just a handful of cities with photos being taken from a mini-van.

They’ve come along way in just four years. Now they use different vehicles in different areas of the world collecting tens of millions of pictures. They even tow cameras behind tricycles to get to areas that are inaccessible by an automobile such as hiking trails and college campuses.

Located on the top of Gary’s car is a specially designed apparatus with GPS technology and nine directional cameras. Once the images are produced they are put together to create the panoramic views you will find on Google Maps Street View.

Right now the project is limited to public streets and they get permission first if they want to include private attractions on their maps. They also have a tool that makes it easy to remove people, family, cars and houses if such a request is made. They also blur the faces of people and legible license plates to help protect your privacy.

The car was something to see and Gary was quite helpful explaining Google Maps Street View to me… I just wish I had closed the garage door and put my son’s scooter that he has for sale in the driveway before he drove past my house!

For more information or to see Google’s map with Street View in action, visit their website.