Twenty years from now we may well be writing about something entirely new that changes the way we work and live -- and employs millions of people. 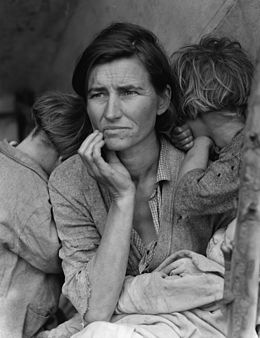 As with our Great Depression experience, could the current “Great Recession” be sowing the seeds for a new American renaissance in the coming years? This apparent leap of logic may not be as farfetched as you think.
Reflecting on the 1930s, which includes the Great Depression, it’s hard to imagine that it may have been, “the most technologically progressive decade of the century,” according to economic historian Alexander Field. And, those advancements — in the midst of our country’s worst economic slump — may have set the stage for the ensuing post-World War II boom in the United States.

In his recent book, A Great Leap Forward, Field argues that technological advancement and innovation flourished during the Great Depression. In a New York Times interview he said, “There is evidence that for some organizations and industries, just as for some individuals, adversity summons reservoirs of initiative and creativity that have long-term positive consequences. And, based on Depression experience, we can be optimistic that when exciting technological paradigms are ripe for exploitation, work will continue on them, slump or no slump.”

If necessity is indeed the mother of invention, then right now there may be exciting new technologies and innovation growing under the radar that will bear fruit in the years to come. As David Leonhardt wrote in The New York Times, the U.S. has several advantages over other countries including, “The world’s best venture-capital network, a well-established rule of law, a culture that celebrates risk taking, (and) an unmatched appeal to immigrants.” Those advantages may be working overtime now creating the next “big thing.”

Don’t forget that 20 years ago, the internet was only known to scientists and academics (and possibly former vice president, Al Gore). Today, it’s ubiquitous and would be hard to live without. Twenty years from now we could be writing about something entirely new that changes the way we work and live — and employs millions of people.

It’s easy to throw up your arms in frustration about the challenges our world faces. And, yes, we do have challenges and many people are experiencing economic hardship. Yet, there is reason for hope. Seeds were sown during the adversity of the Great Depression that bore fruit in the decades to follow. It could be happening again.

It’s never wise to bet against the United States and the creative resourcefulness of her people.