Gun Sales on the Rise for Good Reason

In the News, Shopping

It is speculated that the increase in gun sales comes from women, hunters, and a fear of tighter gun control laws. 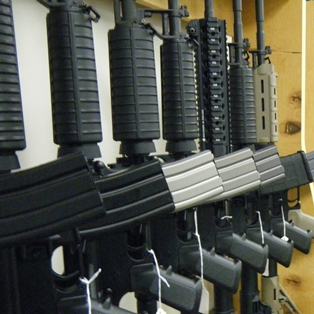 One of the largest holiday news stories for 2011 was the increase in gun sales. The FBI said Louisiana gun dealers requested nearly 12,000 more Criminal Background System checks in December than in November.

The National Rifle Association Institute for Legislative Action posted on December 22nd, “Last month background checks were done for 1.5 million people according to the Federal Bureau of Investigation. Most of those translate into gun sales.” Reports like these are all over the internet.

While the FBI doesn’t offer a particular reason in their press release for the increase in firearm sales, it is speculated that the increase comes from women buying guns for protection, the increased popularity in hunting, and a fear of tighter gun control laws in an election year.

Even the owner of our local gun shop and indoor shooting range, Second Amendment Outfitters, LLC said they had fantastic sales numbers for the holiday season.

In my family, we were taught to shoot at an early age. As kids, my brother and cousins learned how to hunt, and we ate what they killed. As a young, single mom living in Atlanta, I was encouraged to carry a handgun. Most of the men in my family, as well as my daughter, have served in the military armed forces. Still, the right to bear arms and gun control seems to be a controversial and political subject. Presidential hopeful Ron Paul‘s stance on the issue is a perfect example, “As a congressman, Ron Paul has never once voted for any piece of legislation that would infringe on gun owners’ rights or weaken the Second Amendment.”

I started thinking about this yesterday when I read about a brave young woman, from Oklahoma, on Yahoo. The following video from ABC News, describes how this young mother, whose husband died from cancer on Christmas Day, shot and killed an intruder while she was on the phone with the 911 emergency operator to protect herself and her three month old son… what would you do?