What makes young drivers more vulnerable to accidents and injuries than older drivers? What can we do to reduce their risk? 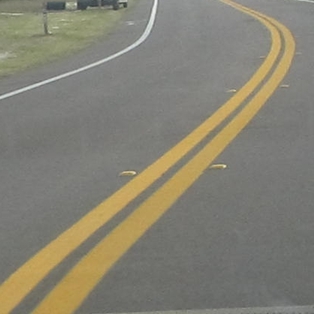 News in Health authors published another great article about helping the teen in you life drive safer, by setting reasonable limits you can help young drivers travel safe and responsibly.

Learning to drive is a milestone for teenagers. Driving brings freedom, but it also has its downside. Teenagers are involved in 3 times as many fatal crashes as more experienced drivers according to newsinhealth.nih.gov (NIH). Crashes are the leading cause of death for 16 to 20 year-olds nationwide.

What makes young drivers more vulnerable to accidents and injuries than older drivers? What can we do to reduce their risk?

NIH funded researchers are looking for some answers.

The highest risk for teens is during the first 6 months they have their licenses until at least their early 20s. Studies show that not only are they young and lack maturity, they’re simply inexperienced, a main cause of crashes.

Dialing or texting while driving is never safe. But when teens dial or text while driving, they are 5 to 6 times more likely to crash than adults. Adolescents are also less able to recognize and respond to road hazards. For instance, research shows that experienced adult drivers typically prepare to brake on the chance that a pedestrian might enter a crosswalk. Teens may look, but they often fail to recognize a hazard and slow down.

“It can be a situation with a perfectly reasonable, normal kid who makes a mistake when in a vehicle, and that can be lethal,” says Dr. Bruce Simons-Morton, an NIH expert in adolescent behavior and prevention research. “It only takes one instance of inattention at just the wrong time.”

Learning to drive safely takes years of practice, Simons-Morton adds. “The dilemma is that teens only learn by driving, but the more they drive the greater their risk.”

One solution is to limit the conditions under which teens are allowed to drive. All 50 states have laws that grant privileges to new drivers in phases—known as graduated licensing programs. Most require new drivers to hold a learner’s permit for 6 months before getting a license and have a minimum number of supervised practice driving hours.

Research has shown that these graduated programs can dramatically reduce the rate of fatal crashes. “We encourage parents to set limits that are stricter than the graduated driver licensing programs,” says Simons-Morton. It’s also important for parents to ride with teens as much as possible when they practice. The presence of an adult passenger can reduce teenage driver crashes and near-crashes by 75%.

Simons-Morton and other NIH funded scientists have developed a program called Checkpoints, which helps parents to set safe limits for the first year after teens are licensed. The program restricts driving under risky conditions: at night, with other teens in the car, during bad weather and on high-speed roads. Learn more about the Checkpoints program at www.saferdrivingforteens.org.