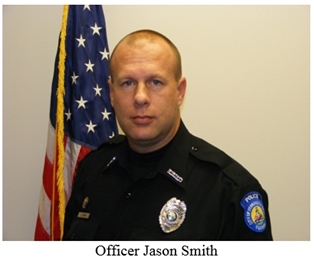 Officer Jason Smith, a nine year veteran of the Fernandina Beach Police Department has been identified by the department as the officer involved in the police pursuit and shooting of a Brunswick, GA man on Monday morning.

Officer Smith, twice recognized as the Police Officer of the Year by the Fernandina Beach Police Department, and three times commended by Mothers Against Drunk Driver’s (MADD), began pursuing Randy Scott Lingelbach as he fled the scene of an armed robbery at the island Walmart store on South 14th Street at about 10:45 AM. As evidenced by the officer’s in-car video, Lingelbach demonstrated reckless abandon as he drove his black Dodge Ram truck off the roadway several times, through parking lots and across occupied sidewalks, fishtailing out of control at high rates of speed, before blasting through construction barricades on Bonnieview Road, eventually attempting to ram responding officers.

Lingelbach remains in critical condition at UF Health in Jacksonville. 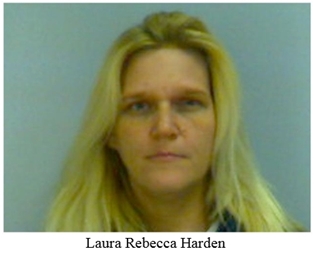 His passenger, Laura Rebecca Harden, was released on Monday after medical treatment at Baptist Nassau and after being questioned by agents of the Florida Department of Law Enforcement (FDLE). She was apparently arrested last night in Glynn County, GA and is charged with felony drug possession.

The Florida Department of Law Enforcement (FDLE) is continuing to work the investigation as an independent law enforcement agency, at our request and through an established Mutual Aid Agreement. Officer Smith has given a statement to investigators and will return to work on Friday. His training and personnel files are available for review upon request.

The Fernandina Beach Police Department has released the in-car video from Officer Jason Smith’s police pursuit of the armed robbery suspect that occurred at the Walmart store on Monday morning. The video, which can be found on the police department Facebook page, shows the suspect, Randy Lingelbach, recklessly operating a black Dodge Ram truck from the parking lot at Walmart, jumping a curb and sidewalk onto South 14th Street, racing through the Loop restaurant parking lot before crossing an occupied sidewalk onto Sadler Road, and finally crashing through several construction zone barricades blocking Bonnieview Road.

The video being released today ends near the dead-end of Bonnieview Road. The video does not show the point when the suspect put the truck in reverse and managed to get turned around and drive at responding officers that were attempting to take him into custody. During these few moments Officer Smith’s vehicle and camera angle remain facing west, while the suspect drove the vehicle back east on Bonnieview Road behind his vehicle. This period of time is significant to the FDLE investigation and will not be released until their investigation is completed. No responding police camera shows the actual shooting incident.

Although Lingelbach remains in critical condition at UF Health in Jacksonville, his condition has reportedly improved. He is communicative and ambulatory. FDLE Agents were making arrangements to speak with him this afternoon.

The video from several Walmart store cameras which show the confrontation between the suspect and Walmart employees in the parking lot, which was released to the media yesterday, can also be found on the police department Facebook page.

The Florida Department of Law Enforcement (FDLE) is continuing to work the investigation as an independent law enforcement agency, at our request and through an established Mutual Aid Agreement.