If you've had a home on the market here on Amelia Island over the last 2 years you've seen your appraised value fall in excess of 30%. 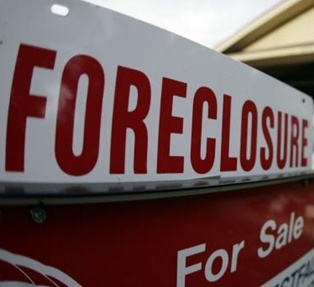 One bit of housing data to report today — a highly suspect one, I hasten to add:

Home prices are down 4.2% from this time last year and 10.5% below their 2007 peak, the Federal Housing Finance Agency claimed this morning. To that I say Bull.!!

If you’ve had a home on the market here on Amelia Island over the last 2 ¬Ω years you’ve seen your appraised value fall in excess of 30%.

Just 10% from the peak? C’mon‚ I don’t know who the FHA thinks their fooling (certainly not anyone in California, Florida, Arizona or Nevada). The S&P/Case-Shiller home price index claims that home prices are down over 30% from their peak, which sounds a lot more realistic to me. If this crisis is rooted in a 10% correction in housing prices, it’ll surely be remembered as one of the biggest overreactions in American history.

That measly 10% fall has somehow caused yet another record number of mortgage delinquencies in August, Reuters reported yesterday: 7.58% of all U.S. homeowners are at least 30 days late on a mortgage payment. That’s a record, and the fourth straight month of rising delinquencies.

So no surprise the FHA is quietly taking steps to reduce risk. Namely, they announced last week plans to hire their first chief risk officer in the agency’s 75-year history. The agency lets people buy homes with 3.5% down and they’ve never had anyone to oversee risk! Oy wonder why 14% of FHA loans were past due in the second quarter?