His Life was A Rich Tapestry 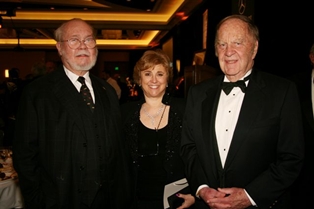 Amelia Island, FL – One of the giants of automotive journalism, David E. Davis, Jr., recently passed away following bladder cancer surgery, and all of us at The Amelia Island Concours d’Elegance Foundation feel a great loss at his passing.

Once named the “Dean of automotive journalists” by Time magazine, the irascible Davis was a former publisher/editor of Car & Driver, founder of Automobile Magazine, and a regular contributor to the wildly successful internet site Winding Road. A published author, his book, Thus Spake David E.: The Collected Wit and Wisdom of the Most Influential Automotive Journalist of Our Time, is a comprehensive collection of his best writings, many of which still ring true today.

Concours founder and chairman Bill Warner had this to say about one of his favorite judges, “David E. was a straightforward man and I had a great deal of respect for him. He was a prolific writer and did not suffer fools lightly. Oftentimes, he was the conscience of the entire automotive industry, and when he wrote, people clung to every word. When he agreed to judge at Amelia, it instantly added a tremendous amount of credibility to the event and his association truly helped to make it the world-class concours it is today. I thoroughly enjoyed his company and will miss the times spent with him.”

The entire Amelia family wishes to offer its condolences to Davis’ wife, Jeannie, and their family. A memorial service will be held for Davis on April 28th, 2011, in Ann Arbor, Michigan.