Historic Mortgage Rates Will be Shortlived

With Mortgage Rates at a historic low and McMansions in short sales, you may pick up some nice deals, if... 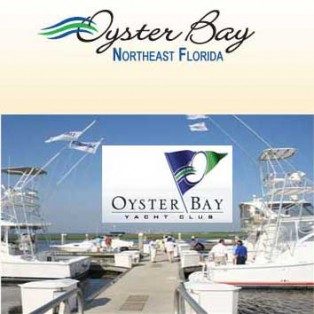 Our own Market Man’s son-in-law is a successful Mortgage Banker in Nashville. He is also a religious reader of Search Amelia since he has property interests here on Amelia Island. He does not want to profile his concerns via the comment facility on the website, so he sends me email comments especially where it concerns real estate financing opportunities and challenges.
A couple of days ago I asked him the nuts and bolts of what is going on with residential real estate, since the first experts are declaring a double dip in housing official.

I watched Meredith Whitney yesterday on CNBC (of all media!!) and her predictions, which I do value  lot, are that a double dip in housing is here, in spite of historically low mortgage rates.

So I asked Brendan in Nashville his take on things and  his answer is: “I do business is all 50 states. Nashville is my home market and we are not as bad off as many other markets. Actually I’m having my best year ever. Also, I have been doing mortgage banking for 15 years and have an 800 person database of past and current clients.”
Furthermore he simply states that lots of Banks really stink right now with not being able to effectively close loans, adding: “I think that a lot of that stems from poor loan officer quality and poor processing of files. I know what I am doing and my processor does too.”

His philosophical take is that: “Things sometimes circle back and right now the mortgage business is almost as it was when I started in 1994. The upper end is slow everywhere, yet I am refinancing quite a lot of upper end clients with good equity though. 5 year and 7 year ARM (rate fixed for 5 to 7 years then adjusts) are in the low 4%’s.
Lots of affluent people like shaving $15,000 to $20,000 a year in interest if they can. It pays for a kid’s college.”

David (Rosie) Rosenberg of Gluskin Sheff reputation shared that everyone in the market remains stunned by the relentless weakening in mortgage demand by the masses. Despite historically record-high affordability, people  clearly prefer to rent or to stay doubled-up in their existing residence with the cousins, in-laws and Ma and Pa.
For now home ownership is clearly no longer part of the American Dream with other motherhood items like baseball, hot dogs or apple pie and was it Chevrolet?

Mortgage applications for new home purchases slid a further 5.7% during the June 4th week to the lowest level since February 7, 1997 (!) also marking the fifth decline in a row during which the index has literally collapsed 42%, an unprecedented decline. On an annual rate, that is a 99.7% decline so if sustained, say for a year, applications would basically go to something very close to zero. So much for real estate developers.
How would the S&P 500 homebuilding stock index look against that backdrop? The fact that we could have experienced such a plunge in a time when mortgage rates tumbled over 20 basis points has to be a disturbing development for those who believe that housing is going to be leading the recovery as it has so often done in the past. Apparently not this time.

BUT…the deep dark night offers tremendous opportunities for those who know how to pull them out of the obvious.

A friend down south in Boca, has been renting (like myself) since the first scent of overheating came off the housing boom brakes. We both sold in 2005. He saw many of his friends and business partners quickly and without mercy drown in their mansions over the past 5 years.
Last week he bought a very nice 5 bedroom- 5 bath house on the beach in a short sale with a 30 year 4.8% fixed mortgage.
He has more guts than I do or the deal was just too good. I told him I was at least waiting for July 1st, the new budget year for every state in the union, before making any moves. I want to have a clearer insight in tax obligations to be anticipated as states and municipalities are running out of money to grease their overpowered service engines.
But yes, once it becomes clearer whether we are talking property tax increase or decrease in government size, there will be some buyers in the market for good deals.

Actually one great deal I just ran into is offered right here in Nassau County. Oyster Bay Harbour offers a Building Lot and a Boatslip for $199,000, developer financed at 3% over 36 month and a $25K downpayment with a 680 Credit Score qualifies the purchase. Yachtclub Membership Tuition is included.
Personally I think that is a magnificent opportunity to get your Florida real estate feet back into the market, especially if you are looking for a boatslip to boot.