Hot Air Stimulus from the Fed

With no more real tools at hand to crank up the economy, the Fed now has to, once again, try to jumpstart the economy with hot air. 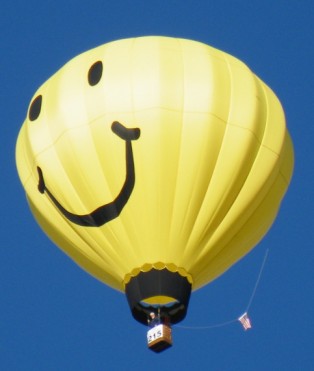 Another hot air round of stimulus is rising up

Traders and people who try to predict the short-term movements of the stock market–that is, every market participant except real investors–pay a lot of attention to every utterance from the Federal Reserve Board. They eagerly try to read between the lines of the opaque comments in the Federal Open Market Committee minutes, hoping to see if the Fed plans to stimulate the economy a bit further and give stock prices a temporary boost.  Imagine their excitement last week when they read this obscure piece of FOMC wordsmithery:

“Many members judged that additional monetary accommodation would likely be warranted fairly soon unless incoming information pointed to a substantial and sustainable strengthening in the pace of the economic recovery.”

Okay, maybe that wasn’t exactly ‘plain’ English, but it’s about as clear as the Fed gets to saying that if the economy doesn’t get busy and start recovering at a faster pace, we’re going to get some stimulus come September.

The first surprising thing about this is that jobs growth was surprisingly strong in July–163,000 new jobs were created in a month when many people are on vacation.  Meanwhile, the National Association of Realtors reported that sales of previously-owned homes jumped 2.3% in July, 10.4% over the pace seen in July 2011.

The second surprise is that it seems like the Fed has already done just about everything it CAN do to encourage economic growth.  A quick check shows that if interest rates get much lower, banks will be paying you to borrow from them.  The government is already experiencing this happy state.  In a Treasury auction around this time last year, the government’s Inflation-Protected Securities sold at an aggregate negative interest rate–meaning that borrowers were paying their Uncle Sam for the privilege of lending him their money.

In fact, there are several possibilities.  One is for the Fed to cut the interest it pays to banks who are parking their excess reserves, to encourage a lot of lazy money to get off the couch and get itself lent out to households and businesses.  The Fed could also engage in a third round of Quantitative Easing.  Under QE3, the Central Bank would invest its own money in longer-term Treasury Bonds, forcing down long-term interest rates.

But this might actually be an example of a more effective stimulus: hot air.  That is, the Fed can depart dramatically from its normal circumlocutions and include, in its minutes, a direct statement about how serious it is about boosting economic growth.  That gets traders and short-term opportunists excited. With such easy-to-read tea leaves in front of them, they call in trades, buy stocks, boost the market, generate a bit more optimism in the corporate sector–and the economy gets a quick jolt without the Fed having to reach into its pocket.  It hasn’t worked so far, but Fed Chairman Ben Bernanke will make a widely anticipated speech on Friday–his second shot at creating a hot air stimulus for the U.S. economy.