With a dreadful 2009 almost sent off into history, the travel and hotel industry wonders about 2010 and beyond. The challenge for 2010 will be to find the price at which consumers will buy. 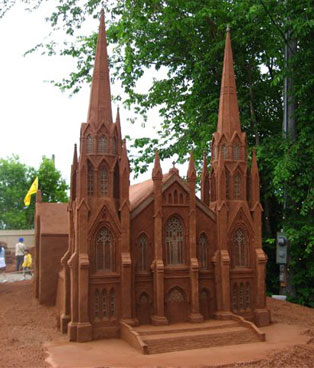 There is absolutely no market for yesterday’s hotel rooms. They’re gone, the product has perished. Milk in the sun has more live shelf than yesterday’s hotel room. On Amelia Island there is recognition that tourism is an important pillar under the local economy, yet there are still a number of hotel operators untouched by the fact that we live in 2009 and offering internet service has become a must.

Case in point, one of the competitors in the P√©tanque tournament stayed in a chain hotel on Sadler Road. When checking out Amelia Island, the couple from upstate New York decided to stay for a week, rather then only the tournament weekend, especially when the weather forecast showed a glorious fall week. To really enjoy themselves without too much work interruption, they decided to leave the laptops home and depend on the hotel amenities for the brief internet use they anticipated. Unfortunately the hotel has apparently no such service and they now come by my home office everyday to check their messages.

Obviously people who want to have a relaxed time are not going to surf the internet for hours at a time from their hotel room, but since most of their communication life today is hi-tech -the younger generation doesn’t even email anymore, but interacts via their personal Facebook account – the availability of wireless in a hotel is a must and for those guests that want to leave the laptops locked up at home, there still should be access to a PC in the lobby or a separate room. If not, their room becomes immediately more perishable.

With an already dreadful 2009 almost sent off into history, the travel and hotel industry wonders about 2010 and beyond. The challenge for 2010 will be to find the price at which consumers will buy.

How straightforward the situation really is, was earmarked earlier this week by priceline.com. While the travel industry had a rough summer, Priceline.com bucked trends by reporting a $319 million net profit for the third quarter. Captain Kirk’s Internet company saw profits rise 53%. Priceline‚Äôs third-quarter revenue rose 30.1%, to $730.7 million. International operations contributed $316.9 million in revenue, a 41.7% increase. These numbers were not even reached during the boom period, which indicates that beyond pricing, another trend has now definitely become mainstream…

Booking via the internet

Priceline CEO Jeffery Boyd said its international hotel business benefited from “outstanding hotel supply, geographic expansion in high-opportunity markets and continued shift by consumers to online booking of hotel reservations.” The company‚Äôs gross bookings totaled $2.72 billion, an increase of 32.4% from last year‚Äôs third quarter. This shows that a company founded in 1998 that narrowly survived the dot com bust,
Priceline has a positive outlook for the fourth quarter, projecting a 30-40% increase in gross bookings, a 24-28% rise in revenue and a 40-45% increase in gross profit.

Feast on these numbers, even though for the destination operator it usually means less revenue, it also means that at the right price, a room will find a taker. Even more, it means that discounting and deals will continue to dominate the landscape in the short term. If you’re an accommodations operator banking on a global economic recovery in 2010 as part of your business plan, you may be in trouble. However if you focus your support and creativity on bringing in a variety of events with a scope far beyond the local boundaries, the natural exposure and a smart pricing structure will consistently underpin growth. Nobody has ever claimed that you can only make money on renting out a room!

The past weekend here on Amelia Island proved again that managing the mix carefully can add some interesting direct and indirect financial benefits to the portfolio of offering. A small but very influential tournament of a growing French game called P√©tanque attracted some 2o0 players and residual visitors from all over the USA, Canada and Europe to the island’s shores.¬† Most, if not all of them, stayed in Fernandina Beach properties. Some came only in for two nights in the weekend of the games, but most of them stayed between 4 and 7 nights, which averaged approximately 600 room nights for the bunch. Next year this number will likely double as 90% of the participants in this event return home as tourism ambassadors for Amelia Island.
The take away of the event is much more than the sum of the elements however. Many of these players are very influential in their own communities but strangely enough had never heard of this little barrier island in Florida. The glorious weather helped undoubtedly in “selling” Amelia Island as a vacation destination or¬†a place to own property.

Far beyond the obligatory courtesy, we heard many unsolicited exclamations about our island and the wish for them to return soon. Influential movers and shakers in the group are already talking about expanding the dimension of the P√©tanque tournament with an International Food and Wine Festival. With three celebrity chefs in the line-up of P√©tanque players that idea could become quite attractive.

The idea is to build a small but successful base event and add additional dimensions that have the ability to cast a wider net of attractions. This is a great way of long term marketing. And that’s the secret to staying in business for hotels and other travel providers in tough times, even more so for a destination that’s hardly been put on the map yet. Differentiate, focus hard on what’s profitable, keep an eye on the perishables and dress up or create a destination trip with client-pleasing extras.

It won’t necessarily lead you to growth in the short term, but it may well help you reach the most crucial task of 2010, surviving the economic downturn, because even if notable indicators announce that the recession is over, travel traditionally lags more than six months behind on that schedule, especially where it concerns corporate travel.