Houston, we have a problem

state of the union address

We can't win the future with a government of the past, according to Obama. Unfortunately his Sputnik Moment Analogy contradicted this statement. 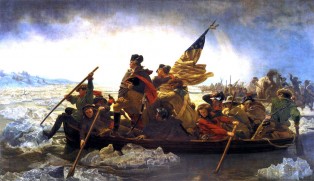 There was a lot wrong in this picture too!

Although I honestly try to stay away from political commentary, one moment during last night’s State of the Union Address caught my attention with the power of a wrecking ball. The reference was to the Sputnik Moment.

On a global level it was about prestige and ideological victory, on a national level it led to an 11.7% increase in Federal spending just from 1958 to 1959. And that was a peacetime year! That money fueled an expansion of education, entirely in the public sector, which within about five years produced the beginning of a 30 point to 40 point decline in SAT scores.  Look it up if you have doubts.

The U.S. lunar program obviously remains a major source of national pride until today, although the large picture of economic benefits is murky at best, if this was money well spent. And if you’re a supporter of benevolent capitalism, the force that made this country what it is today, you believe that capital is virtually always better used by the private sector than by government, and not only for economic reasons. It’s in the nature of the beast. Government simply does not induce an atmosphere of innovation and creativity. But with allocating large sums to regional beneficiaries, it gains political power. Just think about the political influence that Texas enjoys even today, 50 years after the “Sputnik” moment, as it directed a giant helping of pork in the form of the Manned Spaceflight Center – later the Johnson Space Center – which was placed in Houston, 1,000 miles from where space launches or landings actually take place. It was an example of government defining infrastructure.

And talking about infrastructure…

Obama was big on it last night, yet economists know that the problem here is that U.S. infrastructure is at least five to eight times as expensive as it should be. Case in point is the recently canceled Hudson River Road Tunnel between New Jersey and New York, which was the largest public-works project underway in the United States. The projected cost: $8.7 billion!
From a functional standpoint, however, that tunnel would have been identical to the existing Holland Tunnel, which was completed in 1927 at a cost of $48 million – which equals $660 million in today’s dollars. Accepting that construction workers have better living standards than 1927, I would accept $1 billion, or if I’m in a generous, wasteful mood, $1.5 billion, but much more than that is sheer waste. Mostly procedural and permitting waste.
When comparing arguments why High Speed Rail would be too expensive in the US – the $117 billion projected Amtrak Boston-Washington system, for example – it shows the same differential. China and even Europe do similar projects at 1/5th of the cost. And this has very little to do with the cost of labor or materials. It’s almost entirely the result of over-bureaucratic permitting procedures, union featherbedding and other factors bloating the cost of U.S. infrastructure. It’s also a major reason why US multinationals are grazing global clover fields instead of staying here at home and why foreign investment in physical production in the US is down; it’s called government regulations, which funny enough is mentioned by Obama in practically the same breath.

I could make several more observations, and no doubt you will be inundated with them in the media, but my observation today is a bit clearer than when Obama came first in the spotlight only 5 years ago; those days when everyone thought he had the power to bring change.

President Obama is good at rhetoric – it’s probably that Ivy League education, coupled with a great natural ability. I only wish that he had majored in economics instead of law, and maybe had run a business for a few years. Without those qualifications, he must too often fall back on a messianic faith in government.
In last night’s State of the Union address, he told America that “we can’t win the future with a government of the past.” Unfortunately, with his “Sputnik moment” analogy, that’s precisely what he’s proposing.  Houston, we have a problem.