How Does the American Taxpayer Relief Act Affect You?

This new law addresses many of the tax issues that were debated by Congress at the end of 2012, known as the "fiscal cliff." 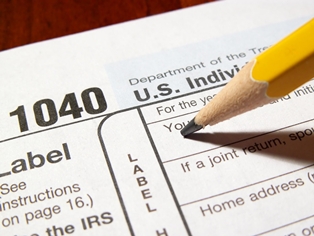 Washington DC – On January 2, 2013, President Obama signed the American Taxpayer Relief Act (ATRA) into law. This new law addresses many of the tax issues that were debated by Congress at the end of 2012, and which were referred to by many as the “fiscal cliff.”

Here is what the law addressed, and how it could affect you:

The “Bush-era tax cuts”
The new law permanently extended reduced tax rates on income and capital gains and dividends if you make less than $400,000 ($450,000 if you’re married and file jointly). If you make more than that, the marginal tax rate for income beyond the new levels rose from 35 percent to 39.6 percent.

This change also increased the top tax rate on long term capital gains and dividends from 15 percent to 20 percent and made changes to several other tax credits, the marriage penalty and education-related incentives.

The Estate Tax Rules
ATRA permanently extended the estate tax laws as they currently exist, except for the top tax rate, which was increased from 35 percent to 40 percent. Now up to $5 million of an estate’s worth is exempt from taxes.

The American Recovery and Reinvestment Act of 2009 Tax Provisions
The child tax credit, some provisions surrounding the Earned Income Tax credit and an education tax credit, the American Opportunity Tax Credit, were all temporarily extended through 2017.

The Payroll Tax Reduction
There was a two percent reduction in the amount of money you paid through the Social Security payroll tax that Congress put in place in 2010. This tax reduction was not extended as part of ATRA. As a result, the tax rate reverted back to the original amount, 6.2 percent for employees and 12.4 percent for the self-employed. You may notice a change in the amount of your take-home pay in your first paycheck of the 2013 calendar year.

The ATRA also addressed several other issues, including unemployment, Medicare and other health provisions and the farm bill. You can read more about this issue HERE.