How Important Is a Strong U.S. Dollar?

When the Euro drops sharply against the USD, it may only look like the dollar is strong. 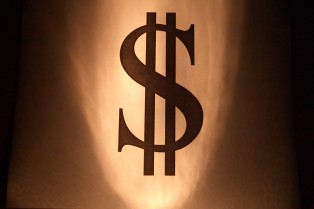 What’s more important to the U.S. stock market, economic growth or the value of the U.S. dollar?

On the surface, economic growth would seem to be the logical answer since as the economy grows, earnings should grow, too. But, digging a little deeper, the answer is not so clear cut.

What muddles the answer is that large U.S. multinational companies generate about 47 percent of their revenue from outside the U.S., according to Standard and Poor’s. When that revenue is translated back into U.S. dollars, the revenue could vary significantly depending on whether the dollar is strong, weak, or neutral.

For example, if the dollar is strong, then foreign revenue translates into fewer dollars which reduces a U.S. company’s reported revenue. Lower revenue could lead to lower profits and possibly lower stock prices. The reverse is also true. If the dollar is weak, then foreign revenue translates into more dollars which increases a U.S. company’s reported revenue and could lead to higher profits.

We’re talking about the value of the dollar today because of the uncertainty surrounding numerous world currencies. The euro, in particular, is on the radar because it might soar or plunge depending on how Europe cleans up its sovereign debt problem. And, with Europe accounting for 22 percent of our total exports so far this year, any major change in the value of the euro could significantly affect U.S. corporate revenue and profits, according to the Commerce Department.

That’s why Christopher Wood, strategist for CLSA Asia-Pacific Markets says, “The key variable for the U.S. stock market is not the U.S. economy, but the U.S. dollar.”

In a globally based economy, the value of the dollar matters. It’s one more variable that could affect stock prices and bears monitoring.