How to Avoid the Tiger Woods Syndrome

In this article you‚Äôll learn about the mechanics of the ‚Äôshadow‚Äô or ‚Äòcrash-and-burn‚Äù in your life and we‚Äôll look at practical ways for you to handle it so you don‚Äôt get blindsided. 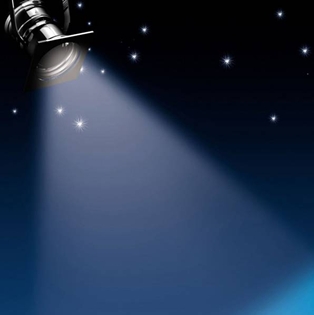 How to Avoid the Tiger Woods Syndrome

Although we saw these people‚Äôs rise and fall because they were in the spotlight, the same dynamic happens in all of our lives, most of the time without us being aware of it. It‚Äôs an age old psychological principle that has been known about for probably 40 years. It is called ‚Äòthe shadow‚Äô or suppression/repression. I like to call it the ‚Äòcrash-and-burn‚Äô syndrome.

In this article you‚Äôll learn about the mechanics of the ‚Äôshadow‚Äô or ‚Äòcrash-and-burn‚Äù in your life and we‚Äôll look at practical ways for you to handle it so you don‚Äôt get blindsided.

First of all, if you haven‚Äôt read the article ‚ÄúAvoiding the Dangers of Self-Improvement, Motivation and Empowerment‚Äù please do so now since it covers the basic theory you need to understand the ‚Äòcrash-and-burn‚Äô syndrome.

To summarize that article very briefly, there are only certain things you are conscious or aware of. What you are not aware or conscious of is termed the ‚Äòunconscious‚Äô (duh! What a clever name‚Ä¶) Among other things, your unconscious is filled with things you don‚Äôt want to know.

The ‚Äòcrash-and-burn‚Äô problem occurs when something from your unconscious is tired of being ignored and smacks you in the face to get your attention. This usually happens when you are expand in some way ‚Äì more money, more status, more power, more consciousness. Common causes of this expansion are events such as a promotion in your job, winning a prize or excelling in some endeavor, getting married, getting divorced, achieving an important goal, attending a motivational seminar.

When you expand outwards, psychologically speaking (see the article referenced above for more details), you come in contact with your denied, repressed or ignored drives, emotions and desires. These are collectively called the ‚ÄòShadow‚Äô. The Shadow lurks in the‚Ä¶um‚Ä¶ shadow of your everyday consciousness. Think of it as similar to clearing undeveloped land ‚Äì you come across all sorts of decaying, rotting things lying in the bushes that you didn‚Äôt see before.

What is the ‚ÄòShadow‚Äô?
Your ‚ÄòShadow‚Äô is all the aspects of yourself you couldn‚Äôt deal with last time you came across them. For that reason they get dissociated from your regular, day-to-day consciousness and hang out in the dark periphery of your unconscious waiting to be rediscovered.

Usually the Shadow is the parts of yourself that didn‚Äôt develop healthily while you were growing up. For whatever reason you couldn‚Äôt deal with the forces and situations you found yourself in and chose to distance yourself from them by pretending they didn‚Äôt exist or by adopting some sort of survival technique such as avoidance, substitution or denial.

A common example of the shadow is visible in many relationships. Let‚Äôs say a young girl‚Äôs father only shows her approval when she looks or acts a certain way. The father figure is an important aspect of a child‚Äôs life and early psychological development ‚Äì the father symbolizes authority, will and agency. In healthy psychological development, the child sees this archetype externally in her father and recognizes and integrates it into her complete ‚ÄòSelf‚Äô as she develops into a healthy, balanced adult.

However, what often happens is that the child doesn‚Äôt have the awareness or knowledge to understand what is happening. Not having the approval of the father is an impossible problem for her to solve psychologically and it so painful that she adopts a survival mechanism to get rid of the pain. Instead of handling the problem at it‚Äôs root cause she gets the approval of the father by becoming what he wants. She dresses and behaves the way he wants, even though it may conflict with aspects of her self-image and her authentic self-expression.

Unfortunately this survival technique might include what society would consider inappropriate or deviant behavior. However, since the father figure is such a powerful role in any young psyche, she continues with this adopted behavior even if it is self-destructive and socially damaging.

I‚Äôm only guessing here, since I don‚Äôt know a whole lot about Tiger Woods, but here is what I think happened to him. From what I read about him as a young player at college, he was something of a social outcast. He was all work and no play. He was an extremist. I believe he had some racial sensitivity about being a black man in the white man‚Äôs world of golf.

From looking at the pictures of Tiger Wood‚Äôs alleged mistresses, I note that most of them are blonde, and all of them are white (Caucasian). Does this suggest anything to you? To me it screams Shadow. If you can‚Äôt get the approval of some particular group while growing up, you develop coping strategies. Becoming the best of the best in a white man‚Äôs world could be an attempt to gain approval from that group. Being intimate with good looking blonde bombshells (the pinnacle of the white man‚Äôs sex world) might be another shot at approval or status in that group (the powerful white man).

Like I said, I‚Äôm only guessing here, but my experience with clients has taught me we are often not very creative when it comes to satisfying our deepest needs. Clich√©‚Äôs are common. That‚Äôs why they‚Äôre clich√©s.

So let‚Äôs look at how this possibly played out for Tiger. For some reason while he was growing up, he got stuck on trying to attain a feeling of approval from an external source ‚Äì the white man‚Äôs world of golf. As an adolescent he didn‚Äôt know that a healthy sense of approval is fostered inside yourself when you do the right thing according to your own set of healthy ethics rules.

Not having approval was painful for Tiger and since he couldn‚Äôt get it from himself, he sought to get it from others. Before he had this approval from the golf world, he didn‚Äôt believe he had the means (psychologically and socially) to engage in liaisons with desirable females, so he didn‚Äôt pursue them. However, once he had the status to reach this goal, he did so ‚Äì he had affairs with white, attractive woman who no doubt gave him approval. Having sex voluntarily with someone is a strong signal of approval.

Of course, this could all be wrong and we‚Äôll find out he had a few black alleged mistresses. But the mechanics of the process are real. What we can‚Äôt get from ourselves, we seek to get from others. If this behavior and drive is learned at a young age and becomes dissociated from our everyday consciousness and relegated to the shadows, it will come back and bite us in the you-know-what when we expand.

The corollary of the above quote is ‚ÄúWhat you are aware of you can control‚Äù. So awareness of the shadow and how it works is the first step to not falling for the old ‚Äòcrash-and-burn‚Äô trick.

In your everyday life this means you must not deny or pretend you‚Äôre not feeling what you are feeling. If Tiger had perhaps noticed he was wanting to have an affair or was attracted to a specific type of woman, he could have squared up to it and followed the thread backwards to see where it came from in his history. He could then re-integrate that drive in a healthy way.

By not separating himself from the drive and becoming aware of it as an object in his psyche, he was doomed to do it‚Äôs bidding. A classic example of ‚ÄúWhat you are not aware of controls you‚Äù. He did what it told him to because he believed it was who he was. In reality it was the Shadow ‚Äì a disowned part of himself.

In an ideal world he would have found he was seeking approval in the wrong places and come to find that approval from himself. This is a primary goal of many schools of psychotherapy ‚Äì integration of the lost parts of ourselves to make a more whole, stable and self-sufficient ‚ÄòSelf‚Äô. When this happens we are more able to act on our higher impulses to improve our lives and the lives of those around us. We are no longer driven by self-destructive feelings of dis-ease and a constant feeling of emptiness or lack.

Hopefully Tiger will recognize the root of his problem and fix it, with the help of a professional if needed.

I hope you found this article helpful. If you have any questions or comments, if I haven‚Äôt made anything clear, please comment on the article and I‚Äôll have a look.