How Too Big To Fail Changed the American Dream

As human beings we have the capacity to solve problems and improve lives; unless bureaucratic roadblocks cheat us out of a future. 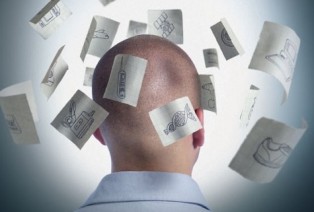 Many Ideas, but no patience for bureaucratic roadblocks

At the heart of all opportunity lies the ability to solve problems. We used to do that here in America with creative and innovative solutions and a keen sense of what would work and what not. For example when we “ran out of oil in 1973” we invented the fuel injector and a bunch of other oil/gas saving concoctions and look, 40 years later the discussion of diminishing resources is still ongoing, yet we keep on consuming more and finding more oil. Recent discoveries in Argentina, Brazil and Venezuela count for a whopping 360 billion barrels, more than Saudi Arabia. A lot of these reserves were inaccessible 30 years ago, but we introduced technologies that made it financially feasible and technically possible to exploit these reserves. There are many problems in this world that can be solved through creative entrepreneurship, but it requires that entrepreneurs are allowed to be creative. After all it is that freedom that turned America into the world’s economic powerhouse in the last 100 years.

How things have changed

I had this conversation a couple of days ago when asked which was more important in a small business: a good accountant or a good sales person? I really had to look my counterpart in the eyes to see if this was a joke, but it seemed a completely earnest question. My answer: “Without a good sales person, there is no need for an accountant?”

When TOO BIG TO FAIL became an overriding consideration in the political, economical and financial landscape of the USA a couple of years ago, the country’s previous free market philosophy forever changed the enthusiasm for entrepreneurship. Entrepreneurship starts with an idea that leads to a product or service that people need and want and more than anything else it needs marketing and sales. What made America was young entrepreneurs with a decent idea and a business plan and access to funding. Friends, family or the local bank were often the initial funders and once the entrepreneur(s) had pioneered their idea into a viable small business, they could usually find angel investors, small business loans, bankers or the stockmarket to secure expansion funding. That’s how Apple Computers started in 1977 or Microsoft or HP and so many others. Google and Facebook found angel investors to give them just enough time to bring an idea to the market and from there they’ll take the reins and start moving full speed.

2008 changed all that. Politicians and Wall Street orchestrated the largest bank heist in history and when they received scores of billions of dollars of taxpayer’s money after doing the opposite of what banks are supposed to do (losing money instead of keeping it safe), and then had the audacity to pay themselves bonuses for doing such a ‘good job’, Americans started to give up on dreaming of being entrepreneurs. I’m not sure but I think it was Al Capone who said that one accountant with a pen can steal more than a 1,000 thugs with guns.

Small start-up businesses used to be good for 3-5 million new jobs every year. Granted 50% of them didn’t make it to the first 5 year marker, but guess what? Of those who did make it, 80% of the jobs created were still in place and growing stronger. But that is not the case anymore for 2 major reasons:
1. Middle Class Americans are fed up in growing numbers and are sympathetic to causes like the Tea Party and the OWS (Occupy Wall Street) movement. Many young people are outraged – and they have a right to be, because they have been robbed of their dreams and loaded up with a debt, they won’t be able to repay.
2. People give up on the idea of their own business, because governments on every single level from Federal to Local have made it impossible to focus on selling first. An aggregate of required licenses, compounded  by restrictions, ordinances, massive amounts of paperwork, fees and numerous delays, kills any initiative to start a business, or continue as we have often seen on a local level recently.

On a national level a good measuring stick pertaining to entrepreneurship comes from the Nasdaq Marketplace, where entrepreneur look for opportunities to publicly finance their expansion needs. Well, in spite of Groupon’s successful trading debut last week, the backlog for initial public offerings (IPOs) is actually quite serious, with 215 companies waiting to go public. And that is an important marker for jobs and employment. Just think about it. The whole point of an IPO is to raise additional capital for expansion. With that in mind, it’s easy to calculate how many jobs are being held back here. With banks sitting tight on a mountain of bailout cash, promising companies look at going public to raise the money to expand or try to find grants and industrial incentive loans to accomplish expansion.

The market for initial public offerings is suffering through a drought of Texas proportions.
And a dried-up IPO market matters because stock debuts aren’t just a chance for tech whizzes to become overnight billionaires. Companies use the cash they raise to grow — and that means hiring people. And at a time when 14 million Americans are looking for work and the unemployment rate has been stuck at 9 percent plus for almost 3 years, the last thing the economy needs is for another engine of hiring to stall.

There are 215 companies waiting to go public. They’ve filed the necessary paperwork and lined up bankers, and are just holding out for the right time to unleash their stock. The waiting list is the longest since 2001.
And once again, small and medium sized companies are the true employment generators in this country, yet without financial means to back up expansions beyond the pioneer phase, will ultimate kill the energy and enthusiasm for the entrepreneurship that made America. Entrepreneurship is risky, life and time consuming and requires a pioneer’s log of sacrifices. In today’s America that entrepreneurial fire is replaced by entitlement promises. Greatness and growth only happens at the edges of our comfort zone and increasingly few people feel the need to live there.

Of course, the economy has bigger problems than a barren IPO market. Even if all the promising upstarts in line for an IPO successfully went public, it might not put a dent in the 9.0 percent official unemployment rate.
But then comes along the heartwarming story of a company in Americus, Georgia that found a way to buck the trend and now exports 10 million chopsticks per week from good old Georgia Poplar and Sweet-gum trees to China, soon to be expanded to Japan and the rest of Southeast Asia.

Owners Jae Lee and partner David Hughes recognized the opportunity as China’s billion and a half people use a lot of disposable chopsticks and China is starting to look a little devoid of the right trees for the job. With incentive loans and grants Georgia Chopsticks started production in December last year and now provides in access of 80 jobs for the local economy, which is expected to increase to about 150 by the end of this year.

And just when I was giving up hope, an initiative comes along that proves that the American Dream is still alive for entrepreneurs who can solve problems and add value – all over the world.