I Have to Confess Something

And then we go on and create a festival that in economic terms probably rivals the income we once got out of shrimping. 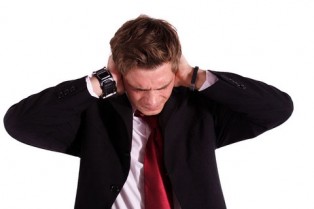 I admit it: I love chaos and confusion. I think it’s where creativity and innovation starts, even if it’s a result of pressure and literal deadlines.

Many of us have been in an auditorium or sound check when the engineer or sound man was testing out the sound system and there was a sudden ear splitting screech owing to a “tipping point” wherein the amplified sound at the microphone was loud enough to be picked up and made louder yet. If the sound man did not act immediately to cut the gain of the amplifier, and everyone would just left the room and locked the door or run away, the screech would persist forever if the power remained on. Electronics people call this “running to the rail”, which is characteristic of all positive feedback systems. Once you reach the tipping point, there is no return.

I had this experience once with the alarm system in our St.Maarten office. The numbers had been changed during one of my trips up here to Amelia Island and one Saturday morning I was the first one in the office. The sound inside of the office was gruesome, instantly debilitating and my choice was to rip the system out of the wall or just go and wait outside until police and security company would arrive in front of hundreds of onlookers. I was ready to rip the system from the wall when a co-worker arrived, pushed the right buttons and beautiful silence re-appeared. I was lucky that reaching the tipping point was averted by the arriving co-worker, so no damage was done.
Whether we’re dealing with economy, financial reform, climate change, potable water or more mundane topics such as politics, religion, sex, greed, once we pass the tipping point, the curtains will close by themselves; no human intervention needed.

And here is my confession: I Love Confusion and confusion is all around us these days. To give you a couple of examples.
Last Monday a climate change bill sponsored by John Kerry (D-Mass), Lindsey Graham (R-SC), and Joe Lieberman (I-Conn) was to have made its debut in the Senate Monday.  In an effort to structure the bill to overcome a filibuster, its authors had combined caps on carbon emissions with expansion of off-shore oil and gas drilling, nuclear energy generation, and clean coal technology. Senator James Inhofe (R-OK) called it a gas tax. Green Peace and Friends of the Earth called it a giveaway to polluting industries. Obama called it a job creator. (By the way the sharp observer may have noticed that the bill was sponsored by a republican, a democrat and an independent!!)

Well majority leader Harry Reid just put a burning match to this piece of legislation, because Arizona threw a wrench in the political agenda and time line with the hot issue of Immigration Reform (Amnesty anyone?). And guess what? Immigration is now on the front burner, next to financial reform (since Goldman Sachs is now also looking at criminal charges) and since Congress will soon be reaching summer recess, followed by busy campaigning for mid terms in November, we may as well kiss that climate bill legislation goodbye for at least another year or so. Good or bad? Oh I don’t know, the misery unfolding with the Deep Horizon Oil Platform in the Gulf will take pole position on another climate level discussion and “experts” from every deep and dark cubby hole in the universe will come out and add to the confusion. And honestly I think it just might be an encouraging sign.

Confusion and chaos are part of evolution.

Capitalism has tested the “Greed is Good” formula and found that it only works for a very small group. Consequentially Wall Street will be cut down at the knees (for a while) whether for criminal or moral reasons; some of the immoral creeps will get early retirement with golden handshakes and never be heard of again (if they’re smart like Junk Bonder Mike Milken in his day) and we have stopped the financial microphones from screaming and screeching, until the next sound check comes along.

On a global level there are those who claim that carbon dioxide in our atmosphere is becoming unmanageable (whatever that may imply), yet others claim CO2 to be the necessary plant food for the planet and that the dinosaurs lived well in CO2 concentrations 5 to 20 times our levels today.
I’m an economist, not a climate expert, why would I want to add my two cents to this conversation. It’s not my expertise. I have less of an unbiased opinion than the garbage man; other than seeing a gorgeous sunset and having learned that the more beautiful the sunset is, the more the air is polluted, I have no serious and meaningful contribution to the issue. I see sad pictures of polar bears on little ice bergs floating in the water, supposedly supporting the notion that he or she is going to perish as a result of global warming, but I have no empirical proof that this is truly the case. Their expression reminds me of my dog when he begs and I can’t deny him the food he craves.

A volcano in Iceland spews ashes into the atmosphere and an oil well spews crude into the Gulf of Mexico, threatening survival of plant, animal and human (economic) life in the region. Has it happened before in history? Most probably, even though the causes may have been natural instead of man made. Did the world survive? Should we try to prevent these calamities? Absolutely. Can we prevent them all? No way. We do what we can and we learn from what we have experienced to be correct under a certain set of circumstances with price tags attached.

And since I have absolutely no clue of the meaning of Phanerozoic Carbon Dioxide as my life’s plate is full with my load, I trust other people to give a balanced account of their expertise. It’s a barter of expertise, based on honesty, decency and respect.  My opinion and subsequent contribution deals with financial ramifications of action or inaction. If you need priority setting and funding solutions I may be of help. For the truth about our contribution to global warming and destruction of the planet I depend on your expertise. Utopia, I know. My all time favorite comedian George Carlin said: Why are we so arrogant to think that we can actually influence the course of Nature. If our planet has enough of our machinations, it will simply shake its skin and says by to us. And that is what I’d call the Tipping Point scenario.

The Moral of the Story

As long as we don’t collectively start “running to the rails”, a balance of some sorts will ultimately occur and we can all go on living our lives. It’s pretty much the same as what accelerated the 1930s depression; if we all run to the banks to claim our deposits, the banks will have to close, because even though the bank may own the paper on your neighbor’s home, which the bank used your deposits to pay the contractor for, it has no buyer for the home to liquify your deposits. It is not like you bring the money to the cashier, she puts a wrapper around it and writes your name on it and puts it in the vault for you to come and collect whenever you need or want it.
That type of society vanished a long time ago. When growth became a global effort, we mounted the track to “too big to fail”. The British Empire thought it was too big to fail, the Soviet Union thought is was too big to fail, China thinks it too big to fail, even though that includes military suppression in areas like Tibet and Mongolia and today the US thinks it’s too big to fail.

In historical context many civilizations (Mayans, Sumerians, Aztecs, Egyptians, Romans etc.) were so overwhelmed by the forces threatening them, that in the end the managers “ran to the rails” and the civilizations tipped.
We have entered a waterfall period of global issues that seem to exceed even the management skills of the more advanced countries. We are in a race between tipping points in nature and its resources and our political and economical systems.

This weekend we celebrate Shrimp Festival here on Amelia Island, commemorating that once Shrimp was the main economic contributor to the island’s welfare. Whether we built too many shrimp trawlers and over-fished the waters, or lake raised shrimp became economically more attractive, the reality was that the island reached a tipping point at a time back in the 80s. Now we sing songs and make signs about locally caught shrimp, and wiping a tear away when we tell the old stories….and then we go on and create a festival that in economic terms probably rivals the income we once got out of shrimping.

We do have the technologies to reactivate and restore the earth’s natural support systems, to eradicate poverty, to stabilize population and to restructure the world energy economy. The challenge now is to forge the political will to do so. If we’re all start “running for the rail” we will surely reach the tipping of our civilization.

Pink Floyd sang “and did you exchange the walk-on part in the war for a lead role in a cage.” Time to make up your mind.

The song was ” Wish You Were Here”