I will never set foot in Best Buy again

When the economy turns south, decency and fairness in advertising follow suit, but usually not to the extreme Best Buy took it. 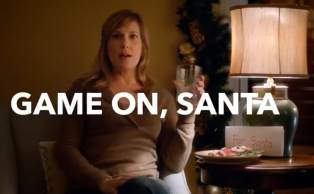 Best Buy’s Holiday Season commercials are vicious and degrading not only to Santa Claus but to the entire idea of Christmas.  The harshness of competition displayed in these ads goes deeply against my grain, even though I know that in a weak economy advertising usually gets nasty. Livelihoods are on the line, so decency goes out the window. Weight Watchers and Jenny Craig move between the courtroom and evermore insulting TV ads. Beverage Wars, Sugar Wars, Margarine Wars, in a bad economy everything turns into a war. But the most degradingly vile and negative series of commercials I have seen this Holiday Season are the TV ads Best Buy came up with to challenge Santa Claus during this Holiday Season.

Eating Santa’s cookies or even viciously degrading him to a second level gift giver is one thing, but intentionally kicking a Santa figure off the roof is downright creepy violent and contrary to the Holiday Season message of peace on earth. These commercials not only effectively put an end to the era of believing in Santa for kids that see them (No Virginia There is No Santa), they are actually blasphemous, when picturing him as a loser in a competition of commerce, confirming that in Best Buy’s opinion, Christmas is nothing else but a contest.

Signs that Economy is still down

Yes, the economy is still down in spite of supposedly better job news, cautious hallellujahs from the retail sector, a supposedly “stronger” dollar and politicians that want you to think just that.
But when testing the real strength of the economic recovery there are still  some sobering realities. Yes, unemployment came down a tiny bit but all because of cheap paying jobs; high earning jobs are still on the decline. Retail is kind of jubilant after Black Friday, but fact is that the consumer decided that it was time to put credit cards to work again. Not a promising sign at all actually. The dollar is far from getting stronger; the greenback just fluctuates depending on the type of economic news that comes in from across the globe. And politicians….oh well they’re just that, which is even worse as a barometer with a presidential election year coming up.

There are other, more bizarre, indicators for the still downward trend. Bizarre as in telltales.
We already knew about lipstick sales being up in a bad economy; the color of ties turning bland as if resembling a noose around the neck, and the Hot Waitress Economic Index revealed that waitresses are much prettier than in booming times.

In this particular economic downturn we have also seen that next to expense cutting on mosquito control, the mosquito populations are growing larger, because of the many uninhabited homes in foreclosure. Often homes with pools. Even a drained pool can quickly collect stagnant rainwater, after all. And whose job is it to patrol all of these thousands of pools to keep them disinfected?

And if that is not bad enough, there is another real sick indicator where a bad economy affects crime rates. Of course we know and read about the increase in violent crime, purportedly as a result of desperation and frustration. Burglaries however are down 30%, DUI’s are also down because alcoholics cannot afford both alcohol consumption in bars AND gasoline for their cars.
But did you know that dognapping, stealing of little dogs and puppies, is alarmingly up. If you think about it, there is logic to it. Dogs are trusting, fairly easy to grab and lucrative, and the thief can either pretend to “find” the puppy and return it for a reward or just flat out sell it to new owners. Honestly, the fact that we now apparently have a black market for secondhand dogs depresses me more than the whole friggin’ recession.

Other signs are mostly dealing with a warped psychology ingrained in the human race, such as affordably priced happy endings in Romance novels and the fact that  during crappy economic years Playboy’s Playmates appear a bit taller, older and more realistically proportioned than in good economy years. You can take that to the bank Lindsey Lohan!!

I have shared all this research with you because I finally got tired last night after yet another explosion of Best Buy Ads during my favorite Monday night programming. If that continues for another 12 days of Christmas, I may have to read a good book and turn the TV off. And whoever came up with and whoever approved those obnoxious Best Buy commercials, should be proud of the fact that I will never set foot again in a Best Buy store.