Listening to the words of a rap song I learned about the existance of self-proclaimed rulers of the world, The Illuminati. 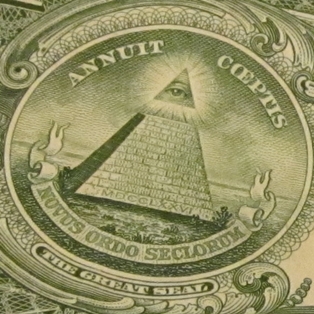 Apparently, I have been living under a rock! Recently, while listening to the words of a rap song (because I have children and want to know what they are listening to), I learned about the existance of self-proclaimed rulers of the world, The Illuminati, and their secret membership and pledge of obediance that has been controlling world events since 1776.

If you listen more closely to the music your kids are funneling into their minds with headphones, these Illuminati inspired artists and the tactics they use to share their message with our children just may frighten you.

According to NaijaGists.com some of today’s most popular entertainers such as Chris Brown, Angelina Jolie, Kanye West and Jim Carey, role models for our children, are using Illuminati symbolism to further their movement.

Since this is a secret society, I wonder where they obtained the names of those celebrities suspected of being Illuminati?

Illuminati Symbolism
The all-seeing “eye” in the pyramid (yep, the one on our dollar bill); the pinky, thumb and pointer finger salutation; the pentagram, and the image of an owl are all around us every single day. It is when I began to notice how these symbols are repeatedly flaunted in front of us, I wondered, “Is there something more sinister at work in the world, something evil accompanying these symbols?”

Those under the influence of The Illuminati are not necessarily Satin worshippers, but more so, they sold their souls to evil in exchange for fortune and fame. They don’t really believe in “God”. They believe they are entitled “Gods”. They intend to take over the world, influencing those in power and those who hold a degree of control over large groups of people. Those in government and entertainment are a natural fit for the Illuminati’s mission: to take over the entire world and torture and murder Christians.

Some conspiracy theories include perhaps John F. Kennedy’s assassination was allegedly orchestrated by the Illuminati and possibly Michael Jackson’s death, too, rumored he either would not join, or tried to separate himself from the cult. Whitney Houston supposedly turned against The Illuminati before her untimely death.

Freemasonry and the Illuminati
Conspiracy theorists have tried to make a connection between Illuminati, the New World Order (seeking a one world government) and the Freemasonry, also a society with secrets that has been in existance for hundreds of years. Freemasonry candidates must declare belief in a Supreme Being (without declaring which one), and discussing politics or religion is forbiddon within a Masonic Lodge or Temple.

The highest level of Mason is called a Mastor Mason, the Third Degree. Watch just a few minutes of the following Discovery/History channel episode and judge for yourself: 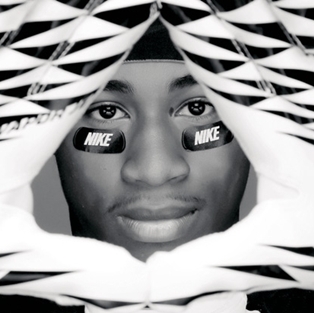 Current Events
Think about those making tons of money and then ask yourself, “Why?” I always thought some folks were just luckier than others. Maybe not?

Cady Studios for example makes a fortune taking images of our children for school pictures. My daughter’s senior pictures this year were ridiculously expensive, but I have no option other than buy their overpriced package (a future SearchAmelia article) or do without. The picture, shown here on the right, is from their online brochure… could this image be viewed as Illuminati symbolism?

Read this article about Lady Gaga. She is so talented it appears unnatural, but her use of symbolism is practically unquestionable. 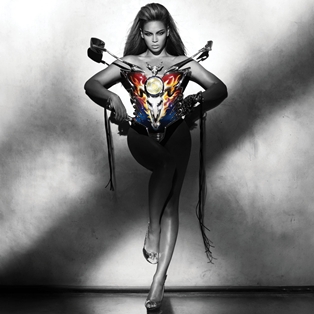 Beyonce A/K/A Sasha Fierce
Beyonce has taken on an alter-ego, Sasha Fierce, pehaps since joining The Illuminati? (Because I am a parent, I won’t touch the rumors surrounding the meaning behind the name of her daughter, Blue Ivy.)

Kanye West is outspoken about how he has sold out for fame. Take a look at the following video. At the 2 minute mark, listen close, not only does he admit selling his soul to the devil, but he takes a post mortum jab at Michael Jackson. Is this the jargon you really want your kids listening to? Then Parents, it is time to wake up and smell the coffee – because they are listening to Kanye, Lady Ga Ga and the rest of the Illuminati!

The song that originally brought my attention to The Illuminati Conspiracy Theory was Mercy, by Kanye West. In the chorus he includes ancient words much like those found in Mathew 8:12, “It is a weeping, and a moaning, and a gnashing of teeth”.

Mathew 8-11:12
(11) I say to you that many will come from the east and the west, and will take their places at the feast with Abraham, Isaac and Jacob in the kingdom of heaven. (12) But the subjects of the kingdom will be thrown outside, into the darkness, where there will be weeping and gnashing of teeth.”

The Rise Against the Machine
Then, there are artists rising up against the Illuminati, warning us of those in power.

Sag my Pants, by Hopsin
“I’m just an idiotic, ironic, symbolic, Illuminati product
That’s gonna be killed if I talk about it (shhh)
This industry business is all screwed up
I have no favorite rappers because all you suck!”

Whether you think a secret society is trying to rule the world with the help of evil spirits or not, it is important that as parents, we know what messages are being given to our kids via today’s music, video and other media outlets.