I’m a Stranger and I Love the Night

We're not sure what this music is, maybe unprotected sex between song craft and the blues, but it's surely spreading. 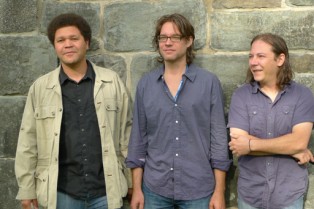 The last time I received a band’s CD from Fernandina Music Promotor Michael Rothschild to review, I was blown away by the unfortunately deceased Sean Costello. But it opened my eyes to the fact that Michael has some stellar talent in his Landslide Record label.

When I received the material on SCRAPOMATIC and their latest release “I’m a Stranger (and I love the Night)” I was in the midst of the Blues Festival madness last month, but when I finally put on the CD this morning (I still think in terms of vinyl, needles and record players!!) I was literally blown away once again.

Scrapomatic have been at it for thirteen years.  But don’t let the absence of so-called “overnight” success fool you into thinking that we have another ordinary group of angry young men trying to make it big. Scrapomatic is essentially a creative engine (outlet) where a couple of extremely gifted singer-songwriters get together and make music beyond the cookie cutter studio formatting.
Four albums later, the initial duo, now a trio, is flooring audiences with their uncompromising sound.  “It’s like song craft and the blues had unprotected sex,” says vocalist and co-songwriter Mike Mattison.  “We’re not sure what it is, but it’s spreading.”  Not surprisingly, the band’s latest Landslide Records release, I’M A STRANGER (AND I LOVE THE NIGHT) continues its distinctive forays into an intoxicating variety of American musical styles.  “Blues, roots, Americana, country, yeah, that’s us,” adds Mattison.  “But in updating our sound, we always remember the acts who’ve inspired us along the way:  Taj Mahal, Nina Simone, Tom Waits, Dr. John, and Sly Stone.” Well there you a concoction for greatness in my opinion.

Mattison, who also sings and writes songs for the Grammy Award winning Tedeschi Trucks Band, and Paul Olsen, an in-demand New York musical director with two ASCAP songwriting awards to his credit, met in 1994 at a Minneapolis P-Funk concert.  Mattison had just graduated from Harvard with a degree in American Literature while Olsen was completing his studies in music composition at the University of Minnesota.  It was the beginning of a rich creative relationship.  “Immediately, collaborating was a snap.  If one guy couldn’t finish a line or a musical idea, the other one would.  I think we shared a midwestern worldview: somewhat fatalistic, laced with dark humor.  That’s what drew Paul and I to the blues.  To Howlin’ Wolf, Skip James, Charley Patton: Their musical and lyrical tone made sense to us.  People think of the Midwest as the ‘Heartland,’ a wholesome place.  But it’s not really–it’s often pretty dark too.”

The duo moved to New York City, formed Scrapomatic and made a name for themselves on the singer-songwriter circuit.  “We were playing the same joints as Norah Jones, Joseph Arthur, all of those early-2000s people.  We developed quite a following, but in a programatic world, I don’t think audiences knew where to file us.  Bands were whisper-singing about their ex-girlfriends, then here came Scrapomatic screaming about transvestite motels, spittle flying everywhere.”

Producer John Snyder (Etta James, Ornette Coleman, James Cotton, Clarence “Gatemouth” Brown, Chet Baker, Derek Trucks Band) found Scrapomatic through his son Ben, and understood where the boys were coming from.  “Snyder got it.  And we got him.  He put together a crack band down in Maurice, LA, at Dockside Studios; the best of New Orleans: Johnny Vidacovich on drums, Bob Sunda on bass, and Larry Sieberth on keys.  Making that first album was like getting a funky PhD.”  Scrapomatic’s eponymous debut was released on Snyder’s revamped Artist House label, and was eventually named one of the Boston Globe’s “Top Ten Hidden Gems of 2003.”

Landslide Records signed Scrapomatic in 2006 and released the follow-up production by Snyder, ALLIGATOR LOVE CRY, which BLUES REVUE called “one of the year’s most impressive releases.”  With the duo expanding its touring vistas through the U.S. and Europe, a third album, SIDEWALK CAESARS, this time produced by Mattison, appeared in 2008 and garnered unanimously positive notices, typified by ALL MUSIC GUIDE’s praise:   “Original tunes that pulse with authority, conviction and above all, personality.”

As Scrapomatic’s star rose, Mike was picked up by slide-guitarist Derek Trucks and began touring as the lead singer with the Derek Trucks Band.  “It was fortuitous,” says Mattison.  “Derek was in a jam since his singer (Javier Colon) had left and would go on to win season one of NBC’s ‘The Voice.  Snyder, who also produced Derek’s first three records, recommended me; as did Chocolate Genius [singer-songwriter Marc Anthony Thompson] with whom Scrapomatic had done some shows.”  Mattison would soon win a Grammy with The Derek Trucks Band for 2009’s Best Blues Album, “Already Free.”  In 2010, The Derek Trucks Band announced a hiatus, and Mattison joined the new group, Tedeschi Trucks Band, as a backing vocalist and songwriter.  He won another Grammy with TTB for 2011’s Best Blues Album, “Revelator.”   His compositions, “Bound for Glory” and “Midnight in Harlem,” received significant airplay and the latter was featured in the band’s performance for the DVD of Eric Clapton’s Crossroads Guitar Festival 2010.

“Derek has been such a great friend and mentor, as has his wife, Susan Tedeschi,” Mattison says.  “I’ve learned musicianship, professionalism, how to tour and how to navigate the music business.  Invaluable stuff.  And I’ve seen the world!  We’ve played on five continents, played in every state (except Alaska); appeared on Leno, Conan and were invited to the White House.  I’ve been blessed to sing onstage with legends like Taj Mahal, the Allman Brothers, Santana, Herbie Hancock, Solomon Burke.  It’s mind-boggling.”  Their other exploits aside, Mattison and Olsen continue to write together and share lead vocals and harmonies while meshing distinctly different approaches into a compelling amalgam of rootsy styles.   With I’M A STRANGER (AND I LOVE THE NIGHT), they’ve added a new member, Alabama-bred, multi faceted guitarist, Dave Yoke, while again featuring the classy, tight knit Atlanta rhythm unit of Ted Pecchio (bass) and Tyler Greenwell (drums).   Yoke has been a professional musician since his teens, mostly in the Atlanta area and, like Olsen, clocked time in Susan Tedeschi’s band.  “Yoke is the missing ingredient,” says Mattison.  “He’s not just a blues guy.  He can go ‘Jazz Olympics’ or straight Chet Atkins if he feels like it.  Plus, he and Paul have uncanny guitar intuition.  You just press play and let them run.” 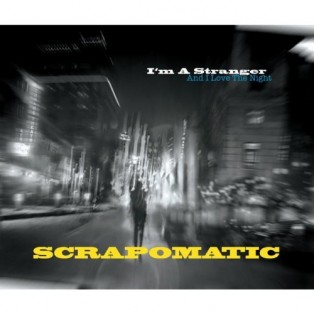 I’m a Stranger and I love the Night

With all original material by Mattison and Olsen, the new album showcases each man’s ample singing and songwriting talent to its most sublime level yet. Olsen’s “Alligator Love Cry” (old title, new song) provides a perfect backdrop for Mattison’s achingly gruff vocal take on a low down, vengeance-ridden tale.  In contrast, the nostalgic title track, written and sung by Olsen, beautifully evokes elusive love amidst the dreamy night air of the city. Pecchio and Greenwell provide righteous propulsion to Mattison’s hard hitting love rocker, “Rat Trap,” and the darkly comical “Mother Of My Wolf” while more eclectic offerings, like “Don’t Fall Apart On Me, Baby,” “The Party’s Over,” and “Gentrification Blues” illustrate a deep, soulful range laced with poignancy, irony and subtle humor.

Produced by Mattison, with mixing and mastering from veteran Atlanta engineer Rodney Mills, I’M A STRANGER (AND I LOVE THE NIGHT) brings forth the essence of an ongoing and fruitful partnership.  “Thankfully, Paul and I have the creative engine of Scrapomatic,” says Mattison.  “It’s where we go to refuel.  Paul’s ability to turn out song after devastating song still amazes me.  And unlike so many in this business, Paul is musically generous.  He’ll sit down and write a tear-jerking masterpiece in front of your face and then tell you that YOU wrote it.”  Mattison pauses to explain the band’s growing momentum.  “I used to say coy stuff about how we honor roots music while looking to the future.  But now I just say: ‘What’s not to love?!'”

Scrapomatic may just have ‘finally’ found the perfect line up to push them to the top of their genre, because I’m telling you, this album has it all; great songwriting, great voices and fabulously tight musicianship while the titles move through surprising twists and turns. Certainly intriguing enough to keep this old blues dog sniffing for more.
Available at Landslide Records and Amazon