Importance of Being Earnest Auditions 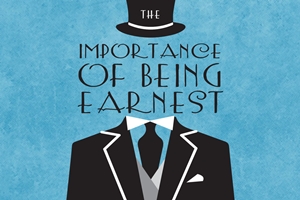 Scripts for all upcoming shows are available in the box office of the Amelia Community Theatre.

Auditions for The Importance of Being Earnest, originally written by Oscar Wilde!

The Importance of Being Earnest: Jack and Algernon, two bachelors in London, create alter egos named Ernest in an attempt to win the love of two women. When both women profess to love the man called Ernest, the two men hurriedly attempt to change their names and assert their earnestness before the ladies discover the charade.

Scripts for all upcoming shows are available in the box office, located in the Amelia Community Theatre’s Main Stage theatre. Call (904) 261-6749 or stop by during Box Office hours to check out or read a script.

Information on the characters:

John (Jack/Ernest) Worthing, J.P.
20-40, M
The ward of Cecily Cardew and an adopted bachelor in London who has fallen in love with Gwendolen Fairfax under the pretense of being named Ernest.

​Algernon Moncrieff
20-35, M
A dear friend to John, nephew of Lady Bracknell, and cousin of Gwendolen Fairfax who contrives to fall in love with Cecily Cardew under the pretense of being named Ernest.

Gwendolen Fairfax
20-40, F
Algernon’s cousin, Lady Bracknell’s daughter, and member of society in London who falls in love with Jack, who she fully believes to be named Ernest.

​Cecily Cardew
20-35, F
Jack’s ward who has become incredibly infatuated with “Ernest” whom John says is his terribly wicked brother living in London.

​Lady Bracknell
50-80, F/M
The intensely overbearing mother of Gwendolen Fairfax who desires nothing more than the most financially advantageous and socially stable husband for her daughter.

Rev. Canon Chasuble, D.D.
50-80, M
Sought by John and Algernon to christen them the name of Ernest while going on long chaste walks with Miss Prism.

Lane/Merriman
40-80, F/M
The consummate butler figure who observes the disastrous and chaotic with a perpetual calm and sardonic wit.