In Search of Me Cafe Has Local Roots

A local teenage edutainment initiative is taking on global proportions. Insearchofmecafe.com shows teenagers from around the nation and the world how to address life's issues. 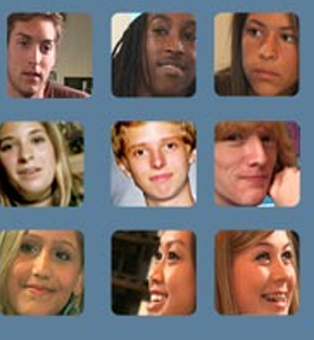 Get in touch with your friends

A little less than a year ago local video entrepreneur Stan Cottle registered a web domain called INSEARCHOFMECAFE.com and started to work on a message for and with teenagers dealing with issues of finding themselves in an increasingly complicated world and with an international flavor of exchanging thoughts on cultural differences.

Last Wednesday night at the monthly European American Business Club meeting, Stan took the idea and concept to the one club in the area, whose interaction is based on international networking, especially since qualification to become a club member is met by sheer interest in global issues. And frankly, the audience of some 45 club members got an impressive visual taste of the progress of the now global movement, with “Bureaus” in the US and initiatives sprouting up in Belgium, Kenya and soon the Czech Republic. Stan Cottle would like to see the discussion go around the globe with bureaus in many countries on all continents.

After the United Nations invited Stan to discuss the project on a larger scale as it is spreading its wings to a larger audience, Stan decided to take the idea that has grass roots right here in the Southeastern US, to the rapidly growing EABC network for a qualified input.
In a 20 minute video, obviously the main medium in the communication approach of the program, the audience became excited with the potential. Video works well in today’s global interaction, and Stan Cottle’s format was to the point and fully explanatory of the objectives. The website calls the medium and message “edutainment”, which is in today’s world about the only correct approach to get a message across; the longer term objective of the website being to expand into a global educational entertainment exchange for teenagers finding themselves through cultural exchange.

The format operates inside of a café (Gourmet Gourmet in our video) with a 20-ish barista being the moderator to a group of connected teens, one topic at a time.
In front of the cameras were teenagers questioning teenagers and the recent teenage experience of the moderator, while behind the cameras was the experience that knew exactly how to catch the small nuances of quick glances, mutual recognition and silent facial exchanges on video.

Well done and kudos to Stan Cottle for undertaking a very worthwhile project with a timely carrying capacity as the internet brings new generations quicker and closer together than ever. Just as travel has to be “edutainment” to be important, so does the journey of finding yourself.