Internet can be Misinformation Superhighway 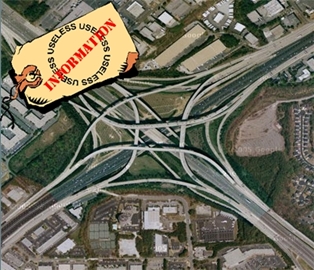 Internet can be Misinformation Superhighway

I see plenty of emails that grab my attention just to find out they are false. Other emails I receive multiple times and I check their accuracy and the facts are misleading to put it lightly. My 90 year old grandmother, who is a strong woman of faith, sent me a recent email that I had seen many times before. Curiosity got the better of me, so I looked into its validity.

While many parts were paraphrased and rewritten and the context had essentially been changed, you may find the following familiar enough to recognize; only this time – to the best of my knowledge the following quotes were actually said:

The following was actually written by Ben Stein and recited by him on CBS Sunday Morning Commentary:

It doesn’t bother me a bit when people say, ‘Merry Christmas’ to me. I don’t think they are slighting me or getting ready to put me in a ghetto. In fact, I kind of like it. It shows that we are all brothers and sisters celebrating this happy time of year. It doesn’t bother me at all that there is a manger scene on display at a key intersection near my beach house in Malibu. If people want a creche, it’s just as fine with me as is the Menorah a few hundred yards away.

Or maybe I can put it another way: where did the idea come from that we should worship celebrities and we aren’t allowed to worship God as we understand Him? I guess that’s a sign that I’m getting old, too. But there are a lot of us who are wondering where Nick and Jessica came from and where the America we knew went to.”

These comments are intended to get you thinking.

Jane Clayson of NBC’s Today asked Reverend Billy Graham’s daughter, Anne Graham Lotz, after the 9-1-1 attacks:
JC: “I’ve heard people say, those who are religious, those who are not, if God is good, how could God let this happen? To that, you say?
AGL: “I say God is also angry when he sees something like this. I would say also for several years now Americans in a sense have shaken their fist at God and said, ‘God, we want you our of our schools, our govenment, our business, we want you out of our marketplace.’ And God, who is a gentleman, has just quietly backed out of our national and political life, our public life. Removing his hand of blessing and protection. We need to turn to God first of all and say, God, we’re sorry we have treated you this way and we invite you now to come into our national life. We put our trust in you. We have our trust in God on our coins, we need to practice it.”

…and just for the record, infamous baby doctor, Dr. Benjamin Spock, who said we shouldn’t spank our children when they misbehave, his son DID NOT commit suicide. This was just another claim, gossip if you will, found on the “misinformation superhighway.”