An Amelia Island techno e-mail warns correctly for heightened virus and spyware attacks yet points at the wrong culprit. 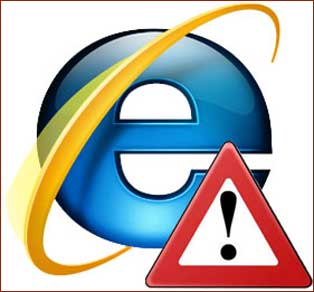 Be Warned: Internet Explorer is the culprit

Both agencies go actually as far as stating that only Mozilla Firefox and Apple’s Safari Browsers are recommended to limit vulnerability attacks from spyware, malicious virusses and other “undesirable” uninvited software intrusions next to staying up-to-date on your anti-virus software.

Both agencies claim that currently 80-85% of all malicious computer attacks are attributed to Microsoft’s Internet Explorer web browser vulnerabilities which  Microsoft in a press release tried to blame 3rd party add-ons as the culprit and advised as remedies to disable all add-ons.

According to Le Certa the warning extends beyond the Internet Explorer browser and also warns that within Microsoft Office 2007 versions, ActiveX and XML should be completely disabled due to equal high risk of importation of malicious spyware, even via MS-Word, Excel or Powerpoint document attachments. It further states that Word, Excel and Powerpoint including all saved formats are affected.

More on a local level, We received today a e-mail “Virus alert” from the “Computer Guys” on Amelia Island with the following message:

We have recently experienced an increase in the number of PCs arriving at our shop infected with viruses and spyware.  We have also noticed a common link in many of them; AT&T/Yahoo webmail.

Our guess is that they have not dug diligently enough since the violations are not Yahoo webmail nor ATT webmail related but the Internet Explorer browsers and/or the Microsoft Office 2003 and 2007 attachments related. The well meant warning and described remedy in their e-mail is unfortunately not enough.

Microsoft in the meantime has promised a “Fix” since the pressure is spreading like a wildfire with threats now from the complete European Union, several Asian and Latin American Countries.

How do you secure your computer (If you have an Apple Mac you don’t have to worry):

Or more drastically but for once and for all eliminating all your Computer downtime: Get an Apple Mac or get a Linux Operating system for your current PC.