Is Confirmation Bias Clouding Our Judgment? 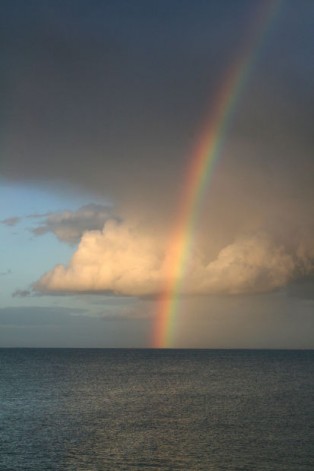 When Media Paint Rainbows it's time to run for the Hills

Why is it that conservatives tend to watch fox news and those with more liberal leanings tend to watch MSNBC? Psychologists would tell us it’s because of what they call “confirmation bias.” Confirmation bias is the tendency of humans to seek information that confirms an already held belief or opinion and to avoid or discount information that might contradict an existing belief or opinion.

This concept also applies to investing and it’s very important to avoid it as much as possible.

For example, let’s say we’re really bullish on the U.S. stock market. If we let confirmation bias cloud our judgment, then during our research, we would tend to read the reports that support our bullish view of the market and let that reinforce our decision to be bullish. By contrast, we would tend to avoid reading the reports that are bearish, or, if we do read them, we would come up with reasons why they were wrong.

When we’re under the spell of confirmation bias, it’s easy to miss turning points because we’re stuck on our current belief or opinion and won’t change even when we see contradicting evidence. That, of course, would be bad for your long-term wealth.

How strong is the confirmation bias pull?

How do we overcome this pull?

Here are two keys that could help:
1.    Acknowledge that confirmation bias exists. Knowing that it exists helps us try to avoid falling into its trap.
2.    Actively seek contradictory opinions. This is another way of asking what could go wrong with an investment and then doing our best to ensure we understand the “other side of the coin.”

So, in addition to making a “rational” case for or against a particular investment strategy, we have to make sure we avoid letting psychological biases get in the way.