What was a wild growth in Social Media has become in a short couple of months more organized with greater control but also with much more clarity that without using social media small businesses will not survive. 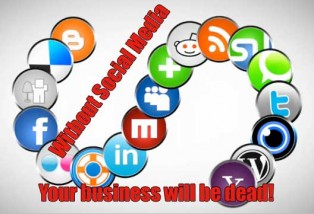 Without social Media your business may have a tough time

Social Media is gearing up to new standards. The amount of helper programs that came to market is sheer staggering in the last 4 months and is in an ever growing upward spiral.

Twitter started experimenting with Twitter business Center and large scale roll-out is expected within the next 30 days. Signing-up to services can now be done on a large scale via your Twitter or Facebook accounts. Digg is to follow soon. Ning and Google buzz are closing in on providing the same functionality.

Hootsuite just released a new version allowing wordpress bloggers to update their website from their mobile devices such as the iPhone, iPad and an Andriod version is under way on the fly at any location in the world with all bells and whistles from photo-uploads, to tweet control and facebook push notification to insta video publishing.

Reddit is revamping, Digg is revamping, stumble-upon is revamping and the list seems to grow by the day. Facebook, if it where a country would have the 3rd largest population after China and India with over 500 million users.

Foursquare (a people finder and city explorer via GPS) just surpassed 40 million subscribers (or log-ins) and the Rumor mill is in overdrive in that Facebook is keen to adding a missing link to their service which is exactly Foursquare’s offering of geo-location adoption, something Facebook sorely misses in the “friends” section.

Even IBM got into the game. The corporate behemoth of the 20th century opened their eyes seeing that the Social Media cake was being sliced and diced without any “IBM taste” and entered the arena with a Social Media Analytics tool called Modeler Pro .

LinkedIn launched a slew spanking brand new features allowing small businesses to take maximum advantage of the LinkedIn services: “Crowdsource” solutions is one of the more amazing ways of finding resources and talent that can help you building the tools you need. The key to success is called outsourcing while sharing recommendations of project descriptions via trusted resources on LinkedIn. Peer talent is than suggesting solutions and outsourcing recommendations. The new service seems to have become quite popular in the last couple of weeks.

And the list goes on and if you don’t believe that Social Media will keep in you in business,  check the following updated video (version 2010):