Is the Big American Slim Down on our Doorstep?

Rather then fall for the rosy predictions of the Washington and Wall Street spin doctors, because those people live in a different layer of society, SearchAmelia looks at the realities of everyday people. 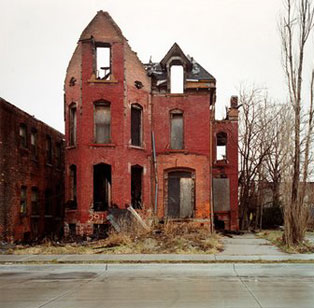 Is it time to start preparing?

A friend and business partner of mine had to go up to Detroit, Cincinnati and Louisville for some meetings last weekend. He is a very successful and highly motivating individual who knows how to optimize people into a positive attitude. He runs several companies and always is able to give a positive spin to the economy and its chances of a quick recovery. I’m a little bit more hindered by economic models and studies when it comes to staying upbeat and positive about our current state of economic affairs. So when he came back from his trip I asked him how it was. “I’m scared”, he said.

“Why are you scared?” I invited, “You’re always the summit of positive thinking and nothing is ever as bad as it presented, or you’ll have a way out of it”.

“I’m Scared,” he repeated himself. “Living in this area of the country, I had not been confronted with what’s happening in certain areas of the midwest and probably other areas of the country. I was in Detroit for meetings and the city looked like a scene out of Mad Max the movie. Much was boarded up or burned out and dirty all over the city, not just in the bad neighborhoods. The atmosphere was unreal and threatening. People told me that ‘the accounted-for’ unemployment was now up to 22% but the real number of people out of a job would probably be substantially higher. Those are depression era scenes and numbers”, he said, “and I didn’t know that this was going on.”

He reads most of the articles we publish on SearchAmelia and admits that he sometimes wonders if we’re not just a bunch of doom and gloom sayers. I know better now he says, “When you guys talk about growing pockets of depression, I now understand what that means and also that there are some scary areas out in the country that seem to reflect images of a future I’ve only seen in futuristic movies.”

“Greater Jacksonville and the opportunities here are heaven compared to what I saw out there. I can hardly imagine cities like Detroit becoming ghost towns over time, but right now it looks like they’re well on their way.”

The reason why we at SearchAmelia discuss the realities, rather then fall for the rosy predictions and pictures of Washington and the Wall Street spin doctors, is because those people live in a different layer of society. They have reserves to fall back on, they still have their homes and pay themselves exorbitant bonuses, they still can travel and for now they can still buy safety. But if the numbers of unemployment and no future in sight keep rising as they do and the dollar stays in a down spiral death trap as it is now, I prefer to prepare myself and my family. I know cities across the globe that suffer from 20-30 and 40% unemployment and the picture is horror reincarnated. But it is inevitable if the financial and economic structures break down. Public services are cut to zero, there is no money to take care of elderly, handicapped, mentally ill. Criminals will get early release and wander the streets.

Civilization and democracy are the first victims of a middle class that cannot make ends meet and on the day the dollar dies as the world’s reserve currency, the US will loose its middle class.

Of course I do not want this, but I also do not want to stick my head in the sand and do nothing and go in denial. If you live in this little Paradise called Amelia Island, it’s often easy to forget what is going on out there in the trenches of economic survival. Things here are pretty even.

My advice is at least to prepare a little. Make sure you stock up on essentials and have a plan, because it looks like we’re still heading farther down instead of up, as the spinners are trying to make us believe. If people like my friend are visibly shocked and scared, it just maybe the wiser course of action.

Tomorrow is that great American invention called, “Thanksgiving”. Many of you will visit with friends and family. You may want to spend a little time discussing your options when the Big American Slimdown arrives.