After reading more about the questions asked on the Census form, it makes me wonder if the United States Government is Racist! 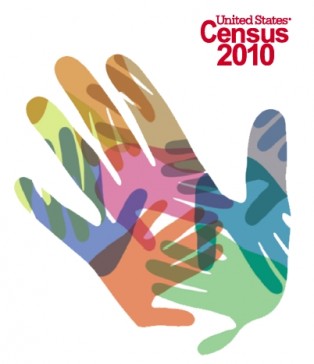 Census 2010, published on SearchAmelia yesterday by Cyndi Jones made me realize how racist and sexist the American Government can truly be. Last weekend we got into a conversation about the census and one of my friends said, “The only question you are required by law to answer is the first question”. After seeing Cyndi’s article and reading the ten questions, I realized why my friend was so upset about the nine remaining questions. However, I think the advice about not completing the form, she claims came from Neal Boortz, may have been slightly misinterpreted.

The first question is indeed the one asked to determine the number of persons living in a particular residence. “How many people were living or staying in this house, apartment, or mobile home on April 1, 2010?” According to the www.2010.census.gov website, “We use this information to ensure response accuracy and completeness and to contact respondents whose forms have incomplete or missing information.” Really? I thought this question was asked to determine the number of people living in our country. So if my government (Yes, ACORN is no longer involved as reported by The Washington Post Census Bureau Drops Acorn From 2010 Effort, September 11, 2009) has a question about the completeness of my answer, are they really going to call my home and ask for a number? This makes no sense to me, there are other places on the form to insert contact information, so I am already feeling lied to.

“Were there any additional people staying here April 2, 2010 that you did not include in Question 1?” Are they suspicious of my answers before I have completed the second question? They have been asking this question since 1880 to make sure those filling out the survey didn’t forget to mention children, other relatives, roommates, nannies or anyone else. Referring to question number one, the number of people living or staying in the home, along with the instructions on the form, seems pretty self-explanatory to me.

Number three gets a bit personal when it asks “Is this house, apartment, or mobile home…” under a current mortgage, rented, lived in for free or is the property paid off? This question has been asked since 1890, but it doesn’t refer to the mobile homes we think of today. In 1890, the mobile homes they were referring to could possibly have been a band of roaming gypsies, maybe horse drawn homes or movable beach front properties built in the Outer Banks region of North Carolina. The reason for the question is explained as an indicator of the nation’s economy. Now I am no expert, but wouldn’t actual unemployment figures be more indicative of the nation’s economy? How about asking members of the household, who are of legal working age, these questions:

Number four asks for a telephone number. The website doesn’t indicate how long this question has been on the survey, but I’m sure it came along just in time for any legitimate “call center” question about your census form to be outsourced to a foreign country!

Question number five wants the names of all persons in the household, whether they were counted or not. (Is this another trick question used to trap me in a lie?) There is only room for one person to be entered on the first page of the census, so it asks that you enter the name of the person (from here forward referred to as Person 1) who owns or rents the house, apartment or mobile home. If the owner or renter live elsewhere, you are supposed to start with any adult living here. (Remember this when we get to question number 7 in just a moment.) The excuse for this invasion of privacy is to assist those responding to include all members – as if they can’t keep track of the number of persons living in the home without turning in the names. Okay, use a cheat sheet or a piece of scratch paper, or go around the room and count off, but why should the names (first, last and middle initial) be required to turn in to the government. If I am not going to answer question one honestly, I am certainly not going to give you the names of those I either excluded or added to my household count!

Since 1790 the census has asked about sex. “Many federal programs must differentiate between males and females for funding, implementing and evaluation of their programs.” In 1790 counting woman as separate from men would have matched the archaic attitude of the times, but this is the year 2010, are you kidding me? Women have been allowed to vote for nearly 100 years now, this question appears out dated in my opinion.

On to number 7, another question created over 200 years ago, “What is Person 1’s age and what is Person 1’s date of birth? It adds to report babies less than one year of age as age zero. Remember question number five? If the owner or renter lives elsewhere, how on earth would someone under the age of one be eligible to become Person 1? This question is used to forecast the number of people who will need to be killed off by our government’s lack of care for the elderly and rising medical expenses; the number of people expected to go on welfare during their child bearing years and to fund services for children. Yeah, right! If this question is really intended to decide where to build certain facilities based on the needs of the population in a geographical area, shouldn’t that be up to the local government and not the federal government?

Before moving along to question number 8 there is a “NOTE: Please answer BOTH Question 8 about Hispanic origin and Question 9 about race. For this census, Hispanic origins are not races.” (This is racial profiling at its finest, Folks!)

Number 8 asks, “Is Person 1 of Hispanic, Latino, or Spanish origin?” This lovely question has been asked since 1970 and apparently is so the data can help state and local governments plan and administer bilingual programs and to monitor Voting and Civil Rights Acts. In 1970 of course, but in 2010 – gimme a break!

Number 9 is another ancient question hailing from the year 1790. “What is Person 1’s race?” Enough said! (Side note for another controversial topic: The form even includes the word Negro, which has sparked much debate.)

Number 10 asks if Person 1 sometimes lives or stays somewhere else? This is the third time the government asks if you are lying! I am truly surprised that none of the questions ask about religion… yet!

If you care to, you can read here for the U.S. Code about data collection and decipher it for yourself.

The census form also claims all responses to be held in strict confidences, but if anyone wonders how the Japanese Americans were rounded up in 1942, take a look at Dave Kopel’s editorial regarding Census Confidentiality.

Of course, there are penalties if you do not complete the census form, up to a $100 fine for incomplete forms and up to $500 in fines for falsifying information on the forms. I would not dare suggest how you fill out the form or answer any of these questions, because THAT opinion could cost me $1,000 or more!