My original idea was to interview Robert based on his spreading fame as an attorney willing to go to battle for the unfortunate victims of the current economic conditions. 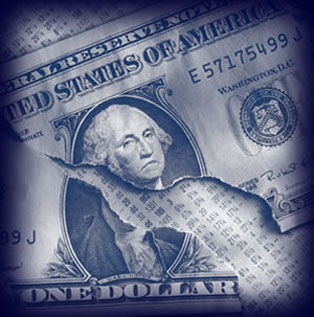 I had a very interesting lunch the other day with local attorney and real estate entrepreneur Robert Peters. To call Robert “interesting” however would be an understatement. He is a man of many colors and shapes; from attorney by profession to charity volunteer by sentiment and from landlord by choice to adventurer by passion.

My original idea was to interview Robert based on his spreading fame as an attorney willing to go to battle for the unfortunate victims of the current economic conditions. His law firm has helped out many an unlucky soul getting a better foreclosure or bankruptcy deal than they were heading into and his pointed advice in many of those cases turned out practical and actionable. Lenders and financial institutions pay attention when the name Robert Peters appears on a short sale request or foreclosure proceedings. Soon into our lunch at comfortable Bright Mornings Café in Fernandina Beach however, the conversation turned towards one of his true passions called WarriorVacations.org on which I will devote a complete article on the coming weekend.

Before this turn, Robert made an interesting analogy on the topic of foreclosure and bankruptcy which I used as the title for an article contributed by Nick D. They’ll both forgive me (I hope) for this Publisher’s Prerogative, but in reading the following you will understand why I did it.

People wait far too long before filing for bankruptcy

It is Attorney Peters’ experience that people wait far too long before undertaking the necessary steps that need to give them at least a fighting chance of survival. “They come to me in the bottom of the 9th inning with no hope left”, he says, “rather then accepting defeat earlier on in the game and take precautions that can help them re-build their lives from a better foundation.”

With that in mind, here is Nick D’s article:

As you read this your probably know someone who has had to file bankruptcy, or heard of a friend of a friend who had to. You may very well be one of the ones who had to file. Where are we in Florida when it comes to bankruptcy filings? Did you know that Florida ranks second in the number of filings in the U.S? So what has triggered this upsurge in filings? Home values that continue to sink, job losses abound and people who are just strapped with debt.

Bankruptcies are up almost fifty percent over 2008. In Florida we have seen almost 71,000 filings this year alone. Job loses and sinking home values have left many people broke with no way to pay off their debt. Many are turning to bankruptcy as a way to keep the collectors at bay. Just a couple of years ago if you mentioned bankruptcy you automatically thought of it as a “blue collar” thing, today we are seeing lots of “white collar” professional people filing. There are cases of professionals such as doctors and lawyers who have had to file just to survive.

The majority of filings in the state are not commercial, but rather personal filings. So far this year there have been over 68,000 personal filings in Florida with only 2,600 commercial filings. Last year the majority of the people having to file were from the real estate industry, developers, builders and investors. Today is it is all over the radar, from airline pilots to medical professionals, it’s everywhere.

There are also many who have simply just given up, they can’t afford to file for bankruptcy.  To file on a personal basis it usually cost around $1,500, many people don’t have it and can’t file. If you are considering filing on a commercial business the cost to file could run into many thousands of dollars. Because of the expense to file, many are just moving away, changing their phone numbers and letting the chips fall where they may. Of course they are ruined in terms of their credit and doing future business but right now putting groceries on the table is more important. Bankruptcy is the answer for many but it comes with a huge price tag to be paid at a later date. A strong credit score could fall as much as 500 points under bankruptcy compared to a 125 loss under a foreclosure. Of course the question remains how important a credit score will be in the future.

Other Options to Consider Before Bankruptcy

-Try talking with your creditors and establishing something that is workable for you, arranging a payment plan you can manage. Most creditors don’t want you to file for bankruptcy, they would much rather work with you and over a period of time receive the money due them.
-There is also the option to make payment arrangements with a good attorney, not one that only takes the bank’s side and money, and let him or her do their magic.