After a scare back in the fall of 2011, the economy seems to be gaining steam and stock prices have reflected that. 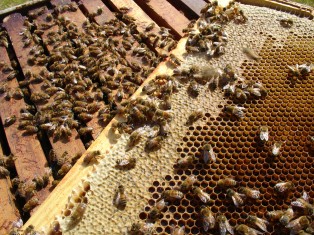 How do you spell market rally? How about “J-o-b-s.” When all the workers in the hive have something constructive to do, it results in more honey for everyone, right?

A much higher than expected 243,000 jobs were added to our economy in January and that helped push the Dow Jones Industrial Average to its highest close since May 2008, according to Bloomberg. On top of that, the unemployment rate dropped to 8.3 percent – the lowest since February 2009.

However, the labor force participation rate has also been dropping for some time, which reduces the pool of people actively seeking work when they eventually give up and stop trying. This can have the effect of artificially lowering the reported unemployment rate, as job creation is still moving slowly.

More good economic news came from the services sector as the pace of growth in January accelerated to its highest level in nearly a year, according to the widely followed index from The Institute of Supply Management and reported by CNBC.

While the overall economy has gained some momentum lately, the housing market is still stuck in the gutter. According to data released last week, the S&P/Case-Shiller index of home prices in 20 major cities declined 3.7 percent in the 12 months ending November 2011. Since its 2006 peak, average homes prices in the index have dropped 33 percent and prices are now back to where they were in mid-2003.

On the bright side, if you’re looking to buy a house or refinance, now is a great time. The average rate on a 30-year fixed-rate mortgage fell to 3.87 percent last week. That’s an all-time record low, according to MarketWatch.

Overall, after a scare back in the fall of 2011, the economy seems to be gaining steam and stock prices have reflected that. The big question remains… is this sustainable growth or is it temporarily driven by government stimulus and intervention?

Speaking of government intervention, some have likened Federal Reserve Chairman Ben Bernanke to a designated driver, as he spikes the economic punch with low interest rates and simultaneously warns of continued slow economic recovery. European debt crisis and Iranian saber-rattling aside, domestic spending continues to pose a significant threat.  As Mr. Bernanke recently explained to the House Budget Committee, “Although historical experience and economic theory do not indicate the exact threshold at which the perceived risks associated with the U.S. public debt would increase markedly, we can be sure that without corrective action, our fiscal trajectory will move the nation ever closer to that point.”

While there are some valid concerns regarding the Fed’s use of a printing press to address economic woes, Bernanke’s cautious tone is good for the stock market. As the Fed keeps interest rates on the ropes, large companies are now able to finance their operations with short-term debt that in some cases is below LIBOR rates. Look for companies to continue borrowing at these super-low interest rates and aggressively buy their stock back.  This will eventually boost corporate earnings per share, which can further elevate the stock market.