Young stars such as Justin B don't come along every day, keeping him focused and productive will propel him to the top 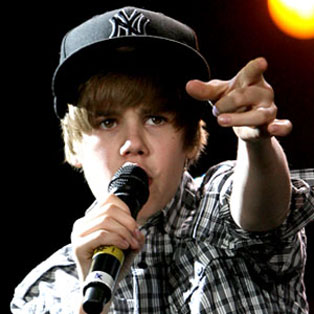 Only 16 and already on his way to superstardom

I have been watching this new young talent Canadian Born Justin Bieber or JB as he’s already known out there, and I must say it is not often we see a rising star come along with his level of potential. I have been involved in the music industry for many years, yep I could be the kid’s grand dad, and I still write music today mostly in collaboration with the legendary Howard Scott of WAR (Cisco Kid) and the band Lowrider. He and I were talking about this new young star just last night and he feels the same as I do; if managed right and he keeps his focus on the right track, he could be as large as Elvis or the Beatles. At just 16 years of age he has the entire world before him with many stages and billions of people to perform for. (See our previously published article Who is Justin Bieber.)

Atlanta’s Scooter Braun is his manager, he actually discovered Justin on YouTube, made contact with him, introduced him to Usher and the rest is history. Actually I heard that another Justin (Timberlake) had a shot at him, but dropped the ball.

So many times new performers hit the scene and all of a sudden find themselves losing track of what they are doing. Focus and goals are what has made most of the performing artist, once they lose track of direction and think that fame and admiration is an “everlasting love” their careers are already in decline. I think this young man has a future that is bright and stardom is his to lose. Let’s hope he does not fall into all the traps other young superstars so painfully experienced.

Which reminds me, I watched America has Talent a couple of days ago and saw this young guy with a guitar play a song that would have blown young Michael Bolton out of the water. Can anyone tell me the kids name?