Rarer than El Nino, La Nina occurs when the waters of the eastern Pacific becomer cooler than normal. 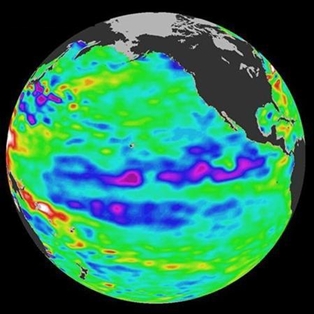 Yesterday we covered El Nino, today I will try to simply explain the Christ Child’s sister, La Nina, the Little Girl. Rarer than El Nino, this occurs when the waters of the eastern Pacific becomer cooler than normal.

A La Nina influence causes the opposite effects of El Nino in the United States.

La Nina means warmer winters in the Southeastern US and cold, often record breaking lows in the northern United States.

When the water temperatures drop in the Eastern Pacific, this encourages droughts in the region.