Life is a Fleeting Fantasy

Voters are not dumb or uninformed because they have better things to do than to study the rampant ever continuing folderol of the legislative process. 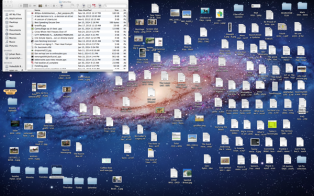 Stories lost in the background universe of Fantasy

What you see in the picture dear reader is a screenshot of one of my 30 inch monitors filled with stories I intended to publish on Searchamelia over time. Mostly true, mostly cynical, mostly infuriating, increasingly defeatist.
Stories about global warming’s effect on wine production, stories about self serving economists/authors like Krugman, Gruber and Friedman who sold out their professional integrity to the highest bidder, stories about how we are losing the republic to the empire, stories about the growing militarization of law enforcement, stories about Bin Laden’s legacy and the crippling price of security, stories about abuse, corruption and simple ignorance, individual tragedy stories such as the one of Orville (Lee) Wollard who is serving a 20 year mandatory minimum sentence for protecting his family against a violent individual in his Florida home by firing a warning shot.  Nobody was injured or hit. But unless Governor Rick Scott grants him clemency, Lee will be in prison until he’s 73, stories about elections and why on the state and federal level elections don’t mean a thing, stories on politicians, bureaucratic choke holds, taxation without representation, the Raisin War, special interest corruption, Big Pharma, Military Industrial Complex and the precious media who sold out critical observation years ago. And more stories about piss poor education results, security requirements in high schools and the size of a required nest egg for retirement.

I realized that none of it really matters when I checked out of the Supermarket the other day when the conversation landed on fuel prices and a short discussion on why and for how long they would stay this low and right then and there I realized that I knew the reasons and answers, but nobody would want to stand there in the check out line for 30 minutes to learn the real why. Life is a Fleeting Fantasy. At that moment my alarm clock went off and I woke up from a nasty dream that began when I was ‘enlisted’ into an experiment what years later became officially known as the Marshmallow Experiment, and was the only one in my group who saw the benefit of delayed gratification. Maybe a story for later.

In the meantime stock markets go up and down, Presidents and heads of State behave as divine rulers with the right to tell people what to do and people believe ever since antiquity that their leaders were (are) divinely appointed – which is really a step up from the believe that they were Gods before.
Today most people believe that God has nothing to do with it. Voters elect their leaders, who do what the public wants them to do.
Or so we think, because we all like to live in a world of Fantasy. And that realization made me wipe my monitor screen clean.

We all play our roles in the big Fantasy: rulers, advisors and recipients.

From the Egyptian Pharaos to Montezuma and Genghis Kahn, from Caesar to Caligula to Charlemagne, from Louis The XIV to Napolean and from George W to Obama, they all played their role in the fantasy. Contrary to previous beliefs I now have to admit that the typical voter is probably no dumber than the typical person he votes for. Voters have better things to do than to study the rampant folderol of the legislative process. It would be time wasted, anyway, because he can do little to nothing about it.

Besides, he is just doing what he should do: playing his role in the fantasy.

French king Louis XIV reportedly believed God gave him his job assignment. The king was supposed to rule; the population of France was supposed to submit to his rule. Each had a role to play.

Likewise in today’s America, the elite who control the workings of the government are supposed to pretend they are acting on behalf of the voters. Voters are supposed to believe it.
Voters could perfectly well understand what is going on if they invested the time and energy to look at it closely.

But what would be the point?

The system depends on the cooperation of the connivers as well as the goobers. Both must work together to make a more corrupt world.
USA Today helped elucidate the mechanics of the fantasy in an article on “dark money” last week.

Big Pharma sets up “advocacy groups” that pretend to be genuine public interest outfits, but whose real purpose is to push drugs.

The nuclear power industry operates a “Clean and Safe Energy Coalition.” It sounds like a citizens’ lobby; in reality it is an extension of the industry’s lobbying efforts.

And the Center for Consumer Freedom is a front for the junk-food industry, says USA Today.

Why do I wanna do something to stop it?

Like an alarm clock going off at 4 a.m., it disturbs the dream.