Is having too many different options and choices good or bad for us? The answer is yes. 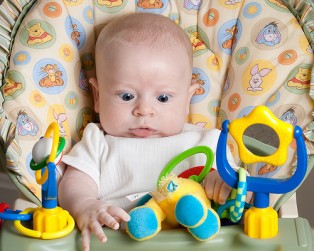 With the Holiday Shopping Season on red alert, retailers and online merchants are learning that limited choices and features leads to happier customers. In a famous Stanford University study, about selling something as simple as jam (confiture) to the public, it turned out that confronted with 20 flavors, people had a hard time deciding what to buy. As a consequence they bought little, and were actually often unhappy with their purchase choice. When only six flavors of jam were offered, people decided much more easily on the flavor, bought a lot more and were happy with their purchase decision.
It is of course a well known fact that people have a hard time, when confronted with too many choices. Yet there are still product manufacturers out there who haven’t understood that peculiar human treat yet. For them and for the confused consumer, I’m repeating a little test here that may be helpful when being confronted with too many choices in your gift shopping .
Pictures of Match Sticks in your Mind
Envision three match sticks for a second. Just close your eyes and imagine three of them in a row. It’s pretty easy if you use for example the image of three medal winners on a podium. Now try to envision five match sticks. Don’t be too hard on yourself if you can’t because most people can’t.
If you’re still in the game, go ahead and  imagine a row of six match sticks in your mind’s eye.
Not two groups of three, but six in a row. If you still can, call me, you’re exceptional!!

We humans have trouble seeing large groups of items and as a consequence we have trouble deciding when offered too many options and choices. It’s funny that I was recently confronted with that oddity as we moved into a new home. Our old home had a simple straight forward washer and dryer. Simple settings – small, medium, large load; cold, warm, hot water and the dryer was equally simple to operate. Not so with the new machines. Twenty different settings with whistles, lights and bells and too many features that turn the simple issue of doing a load of laundry into an ordeal of major proportions.

Have you ever consciously noticed why good waiters in a restaurant hardly ever give a kid a menu. Instead they give the adults a menu and ask the kid if they want the hamburger or hotdog. It’s the most likely outcome of their choice without having to go through 20 minutes of indecision.

Do you also know that the number one reason that consumer goods get returned, is because they have too many features. They are too hard to use. Most people want and use only a fraction of what the device usually is capable of doing. Just imagine the number of different laptops, cell and smart phones, stereo systems, vehicles and TV systems. Let’s face it that we can not buy a phone anymore that just does that; place and receive phone calls.

Of course there are exceptions to these rules, after all we’re human and therefore complicated far beyond cookie cutting.
One notable exception to the “too many choices” dilemma is ice cream. When it comes to frozen treats, more variety is always better.
Actually food groups know other exceptions, especially in the categories desserts and spices.

A few decades ago as a marketeer I would have given anything to get my hands on this type of data, that now is regularly made available by search engines like Google. It would have solved the age old question of which half of the advertising budget was wasted and which half worked for anyone willing to listen.

Watch this video that clarifies this phenomenon a bit.