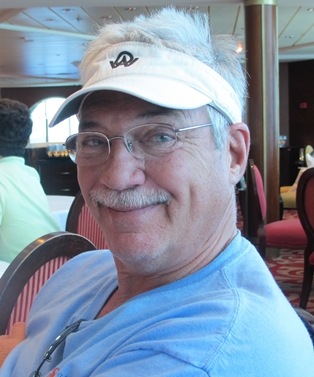 A true American patriot amongst us is about to retire. Miles “Rick” Miller, Air Traffic Manager of the Jacksonville Center in Hilliard, FL (Nassau County) has served the FAA for 38 years. His annual budget ranged between $40-45 million. (The total center budget is about $90 million annually, but his responsibility lied with the air traffic side of the house). He has had a tremendous influence on the economic impact of Nassau County, FL for the last 14 years. Jacksonville Center is the 6th busiest FAA center in the nation and is one of the largest employers in Nassau County.

Rick is a prime example of following your hopes and passions, and living the American dream. Rick was born in the Bronx, but raised in Miami. His parents tried to escape the polio epidemic and took him back to NJ during his “formative” years. His 9th grade teacher told him, in front of his parents, that he would never amount to anything. He was bored with, and struggled with school. He was interested in airplanes and boats at an early age, and very mechanically inclined. Give him a book, and he can fix anything. He put himself through A & P school, worked as a mechanic for Eastern Airlines, and became a pilot. He joined the FAA in 1974 and became an air traffic controller. He honored the vow he took, and did not go on strike during the Reagan era. He worked his way up through the ranks over the years, and became the Air Traffic Manager of Jacksonville Center in 1998.

He is a true, award winning, recognized, life saver as well. In 1983, he drove by a house that was engulfed in flames, ran up to it, kicked the door down, and saved the pets. The home was owned by a merchant marine who was out to sea. When he returned, he thanked Rick for saving his pets with a wad of cash. In 1993 while on vacation in Maine, he saw a father and son struggling against a rip current. He was not a lifeguard, or a surfer but he grabbed a surfboard, and swam out to rescue both of them in 48 degree water. That family still sends Christmas cards to express their extreme gratitude in saving their lives.

When he arrived at Jacksonville Center to serve as Air Traffic Manager, it was a “hotbed” of racial issues. A Confederate flag issue that started in his facility went to the Supreme Court. He managed hate and discontent with several unions. He faced pendulum swings in leadership as presidents changed from Republicans to Democrats. It has not been an easy road, but he is leaving at the top of his game.

He is retiring with one of the most diverse work forces within the FAA. He received the Quesada award. He runs the most efficient center in the nation. He has shown that by following your passions and through hard work, dedication, and perseverance – blood, sweat, and tears- the American dream can be realized.

He is a true American patriot.