“The people that operate our city need to understand that the money they spend does not belong to them, not one cent of it,” says Kavanaugh. “That money comes out of the pockets of the taxpayers who live here, work here, and own property here and it is the job of the commission to ensure it is spent wisely and in the best interests of the community.” 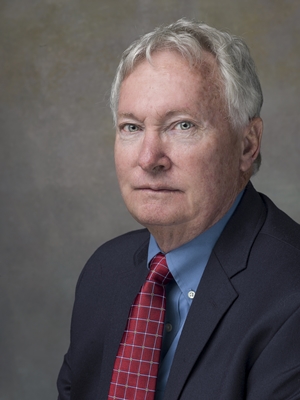 Kavanaugh represented local business and home owners in the recent class action lawsuit regarding crippling impact fees imposed by the city government on local businesses, and new homeowners. The lawsuit was settled in favor of the business owners, but only after the city spent millions of tax dollars in legal fees fighting its own citizens. “We filed the case in order to recover money that was illegally taken by the City Government from its citizens. This is just one example of the misguided and inept legal advice the city is currently receiving that is almost criminal itself. This needs to change,” says Kavanaugh. He cites his experience as an attorney as a means to focus on eliminating wasteful spending on legal expenses as the city faces new lawsuits in the future.

Aside from wasted tax dollars, Kavanaugh cites a gap in leadership when it comes to utilizing the city’s assets. “This is a wonderful and beautiful community. It has so many things going for it. As commissioner, I will work to finally see the marina will be redesigned so that it can be economically viable and efficient,” says Kavanaugh. Other changes Kavanaugh is focused on creating a “rational and balanced approach” to growth, protecting both the environment and people’s property rights. “We need to protect all public beach access. The beach access ordinance needs to be amended to reflect that no one may infringe on the public’s right of using our public beach access either now or in the future.”

He graduated Magna Cum Laude from University of West Florida (with a degree in history. In 1976 earned his law degree from South Texas College of Law in Houston. After graduating he became a member of the Texas Bar and soon thereafter a member of the Florida Bar. Initially he practiced law in Bradenton and Sarasota and in the early 1990’s moved to Fernandina, but his family has been deeply invested in the community since 1853 when his great, great grandfather founded the Fernandina’s First Presbyterian Church. His mother, Mary Celeste Hardee Kavanaugh was born in Fernandina and his is father E. Clinch Kavanaugh, Jr. moved here before WWII to work as an Engineer and helped construct the Rayonier Mill. His family has lived on North 6th Street since the early-1850s. Kavanaugh currently practices in Fernandina, focusing on Government, Administrative, Land Use and Environmental Law as well as General litigation.

Clinch Kavanaugh welcomes the opportunity to answer your questions and participate in town hall meetings, debates or interviews. For more information, to volunteer, or to contribute to his campaign, Kavanaugh can be reached at (904) 753-0370, or email him at clinch@clinchkavanaugh.us