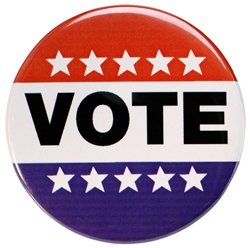 Donna Martin and Dave Mazur will be seeking the District 1 seat on the Nassau County School Board on August 26. Janet Adkins currently holds the seat, but is running for the District 12 seat in the Florida House of Representatives leading to the vacancy.

Martin, a math professor at a Jacksonville community college, has a daughter who teaches at Fernandina Beach High School in Nassau County. On Ms. Martin‚Äôs political brochure she lists ‚ÄúAttracting & retaining quality teachers‚Äù as a commitment.

Mazur, a businessman, is the only candidate running for school board who currently has children attending the Nassau County public school system. His son and daughter attend the Fernandina Beach middle and high schools, respectively, and his oldest son is on the football coaching staff at the University of Colorado. Mazur has volunteered for several youth and school related activities including Pop Warner Football, the YMCA and as the President of the Fernandina Beach Middle School Band Parents Association.