A man realized his wallet was missing after deliberately being bumped into at the Green Turtle; Thaxton Rowe was leaving his job, heard the commotion and chased after the suspect. 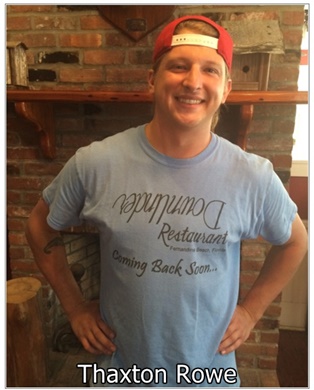 Fernandina Beach, FL – Vincente Perez reported that his wallet had been stolen from his person by an unknown male suspect while he and his wife were at the Green Turtle Tavern on Thursday night. Perez said that an individual approached him and asked for a light and that Perez offered the man his lighter. The suspect lit a cigarette and returned the lighter, but then stayed in close proximity to Perez and eventually bumped into him before quickly walking away.

Perez immediately realized that the suspect had taken his wallet after deliberately bumping into him. Mrs. Perez chased after the suspect screaming that he had stolen her husband’s wallet as the suspect was pedaling away on a beach cruiser type bicycle. Thaxton Rowe was leaving his job at the Florida House Inn and heard the commotion. Without regard for his own personal safety, Rowe chased after the suspect, confronted him, and was able to retrieve the stolen wallet. Upon relinquishing the wallet the suspect continued to flee the area. The wallet was returned to Perez.

The suspect was described as a black male in his 40’s or 50’s, approximately 5’7″ tall, wearing a white shirt, dark blue shorts with a light blue stripe, and a black hat. Perez stated the suspect was polite prior to the robbery. Police are hoping to locate the suspect and charge him with Robbery by Sudden Snatching, a felony crime.

Although the Police Department does not recommend taking proactive measures against potentially dangerous criminals, Mr. Rowe was commended by Police Chief Jim Hurley for his bravery and quick action which resulted in stolen property being quickly recovered and additional suspect information being developed for law enforcement use as this investigation continues. Anyone with information about this offense, or a similar offense that occurred recently in the same area of town, should call Detective Sergeant Tracey Hamilton at (904) 310-3215.