Lybia and the Price of Gas at the Pump

Every time I ride by Smile Gas on Sadler Rd. I'm happy to have bought a bicycle for my island transportation purposes. 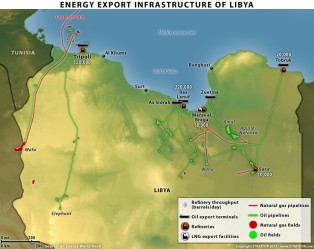 Libya is ready to change after 42 years of Gadhaffi

After Egypt, it is now Libya’s move to turn on its longtime ruler, Moammar Gadhafi, who came to power in a military coup more than four decades ago, as a mere junior officer in the army.
But Libya is a very different case than Egypt and Gadhaffi is a very much different person than Mubarak. Gadhaffi sees himself as the revolution, pretty much in the same way as Fidel Castro sees himself as Cuba.

It came therefore as no surprise to insiders, when he appeared on TV with the message that he is not leaving the country and that he will die as a martyr in Libya. His personality, his life, is enmeshed in this country. This is a leader that is not likely to flee, but that does not mean that Gadhafi will necessarily be able to hold onto power.

Over the course of the past two days, three major red flags have been raised in Libya. The first is that the regime has lost control of the eastern part of the country where a lot of Libya’s oil wealth is located. The second is that a number of prominent tribes in Libya have reportedly turned on the regime. And the third and most critical is that the army is splintering. Without the support of the tribes, without the support of the army and without control of the East it’s very difficult to see how Gadhafi is going to be able to project military power into the east to retake control of the country and ultimately save his regime.

To understand the power and geography of Libya and Gadhaffi’s power, one needs to understand how the role of oil fits into the scenario. Unlike energy produced in most African states, nearly all of Libya’s oil and natural gas is produced onshore. This reduces development costs but increases the chances that political instability could impact output. Libya’s 1.8 million barrels per day (bpd) of oil output can be broken into two categories. The first comes from a basin in the country’s western extreme and is exported from a single major hub just west of Tripoli. The second basin is in the country’s eastern region and is exported from a variety of facilities in eastern cities. Slightly oversimplified, Libya’s population is split in half: Leader Moammar Gadhafi’s power base is in Tripoli in the extreme west, the strong opposition is concentrated in Benghazi in the east, with a 600 kilometer-wide gulf of mostly empty desert in between.

This effectively gives the country two political factions, two energy-producing basins, two oil output infrastructures. Economically at least, the seeds of protracted conflict — regardless of what happens with Gadhafi or any political changes after he departs — have already been sown. If Libya veers toward civil war, each side will have its own source of income to feed on, as well as a similar income source on the other side to target.

Of the 1.8 million barrels a day Italy takes 20% followed by France with about 10%, China with about 9%, Germany and Spain and then the USA with about 60,500 barrels a day. Immediate impact on our pricing at the gas pump should not have caused the $0.14 increase we saw in recent days, but many oil producers are already building buffers in the potential fall out of this latest conflict. As I wrote before during the Egypt crisis, be prepared to see an increasing amount of unrest in the middle eastern oil producing countries now that the snowball is turning into an avalanche that will affect production in countries like Algeria, Nigeria, Yemen and even Saudi Arabia.

Even though oil producing operations have not been targeted yet in Libya, the political instability is keeping many workers at home. Within the past 24 hours we have seen the first reductions in output — about 100,000 bpd is now offline — and more are sure to follow now that the latest news reports that the cities are falling.