Man Drowns in Fernandina Beach and at this time the death appears to be an accidental drowning. 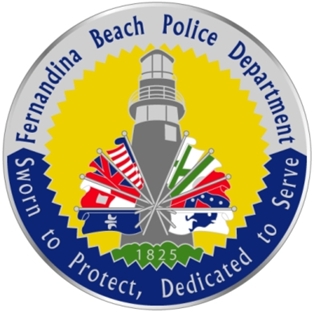 The Fernandina Beach Police Department is investigating a drowning death that occurred in the evening hours of March 13, 2010, after a man fell from a small dingy while attempting to board a sailing vessel anchored in the mooring field west of the City Marina.

A 9-1-1 call was received 8:50 PM from a couple staying on a sailboat at the City Marina. They reported hearing a man yelling for help while he approached the city docks in a small dingy.

An immediate search of the area was conducted by the Fernandina Beach Police Department, with assistance from the Jacksonville Sheriff’s Office Air Support Unit, the Nassau County Sheriff’s Office Marine Unit, and the Florida Fish and Wildlife Conservation.

Less than an hour after receiving the 9-1-1 call, a Fernandina Beach Police Officer discovered the victim floating near the shore at 231 North Front Street, about a mile northeast of the mooring field near the Port of Fernandina Beach. Fernandina Beach detectives were called to the scene to investigate the incident.

The body of sixty-nine year old Joe Massey of Brunswick, GA was recovered from the water and was taken to the Jacksonville Medical Examiner’s Office where an autopsy will be performed. Massey was not wearing a Personal Flotation Device at the time of the incident.

At this time Fernandina Beach detectives have determined that Massey and Ronald Riley of St. Simon, GA were visiting Fernandina Beach the night of the incident. Both were in the City having dinner and planned to stay the evening on a sailboat anchored in the mooring field. As they arrived at the sailboat and attempted to board the vessel, Massey fell into the water. Riley attempted to help Massey, but also fell into the water. Riley was able to hold onto the dingy, while Massey disappeared under the water. Riley said he searched for Massey for several minutes without success before going back to the City Marina for help.

Fernandina Beach detectives await the finding of the Medical Examiner’s Office to determine the cause of death. At this time the death appears to be an accidental drowning.