A man found dead near Sadler Road, in Fernandina Beach, had been reportedly drinking heavily and may have been walking home from an area bar. 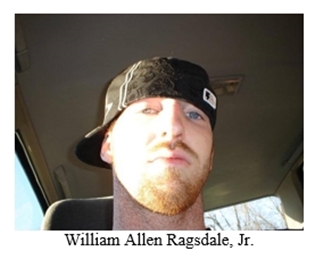 Fernandina Beach, FL – The Fernandina Beach Police Department, Florida Highway Patrol and the Florida Department of Law Enforcement all responded to a report of a deceased person found by an early morning dog walker in the 2300 block of Sadler Road. The scene has now been examined by investigators and processed for forensic evidence, although no investigative conclusions have been reached and the case is pending additional procedural steps, to include an autopsy scheduled for tomorrow.

The working theory continues to focus on the likelihood that thirty-five year old William Ragsdale was struck while walking near the roadway, although it remains unclear if he was struck by a vehicle, struck by a vehicle mirror or something protruding from the vehicle, or if he simply fell and struck his head on the roadway or curb. Although his shoes were found tied and near the roadway, the victim apparently survived and was able to travel some fifty feet into a nearby parking lot. Foul play has not been ruled out at this time. Ragsdale had been reportedly drinking heavily and may have been walking home from an area bar at the time of this incident.

Investigators would like to hear from those that may have been in the company of William Ragsdale last night or those that may have pertinent information regarding this case. Ragsdale recently gave his local address as 2195 Drury Road in unincorporated Nassau County, although he has reportedly only been in Florida for about four months, having moved to Florida from Dover, DE. Next of kin have been notified of his death.