The Amelia Community Theatre is presenting, "Man with Bogart's Face" on March 6 and 7, at 2:00 PM in Fernandina Beach, Florida. 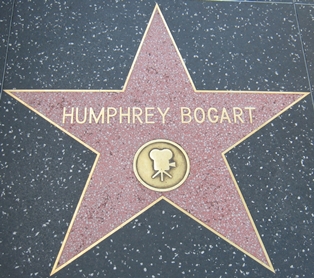 The Amelia Community Theatre is presenting, “Man with Bogart’s Face” on March 6 and 7, at 2:00 PM in Fernandina Beach, Florida. Tickets are only $10.00 for this two act, comedy-drama by Andrew J. Fenady.

Selected in connection with the Nassau County Public Library’s Big Read Project, whose chosen book is The Maltese Falcon, this satirical play pays tribute to the hard boiled detectives in the Hollywood movies. The radio play is about a man who has his face altered to look like Humphry Bogart and then is hired to find the Eyes of Alexander, two perfectly matched blue sapphires.

Also coming up at the Amelia Community Theatre is the auditioning for roles in The Chalk Garden, by Enid Bagold, and directed by Jennifer Webber. On March 15 and 16 at 7:00 PM, auditions will be held on the original stage and scripts are available now for reading.

The story is about Laurel, a troubled and manipulative teenager, who lives with her grandmother on a country estate in England. Left there by her widowed mother who has remarried and lives abroad, Miss Madrigal is employed (with references) to take charge of Laurel and assist the manservant, Maitland. The grandmother, Mrs. St. Maughan, gardens feverishly and ignorantly under the guidance of the unseen character of an ancient and dying butler. The governess has done a life sentence for murder and has only recently come out of prison. The revelation of this fact threatens all through the play and finally comes to a head when the judge that originally sentenced her comes to lunch.

The cast of characters include Laurel, a moody teenager with a touch of comedy. The dialogue is very literary and will require solid concentration from the actor.

The large and central role of Mrs. St. Maughan is the elderly grandmother, a high-born military widow given to tart and dismissive putdowns but under this frosty and domineering exterior is a sad and solitary soul as much in need of rescuing and friendship as her granddaughter.

Miss Madrigal is the governess, a woman in her 40-50s, enigmatic and contained. Her character has an inner strength gained from her incarceration and she is one tough cookie. She stands up to her employer and it is her wonderful knowledge of plants and flowers that makes her indispensable to Mrs. St. Maughan.

Maitland, the Manservant – is terribly damaged by years spent in prison as a conscientious objector. He is crime obsessed and plays his part with neurotic flakiness. This medium sided role has many comic possibilities.

The Judge – A medium sized role for an older gentleman. The judge had a log ago romance with the grandmother. Past his prime but hanging on, he part can be played with dithering vulnerability.

Olivia – Laurel’s mother in her 30-40s has a medium sized role. She is a sympathetic character who is trying valiantly to stand up to her mother and be reunited with her daughter.

There are three other smaller roles to cast, with few lines, but some very choice comic moments that would be pefect for beginners or those with limited time to dedicate to rehearsals.

Anyone is welcome to audition for upcoming shows at A.C.T. and no previous experience is necessary. Call the theatre or swing by and pick up the script so you can be familiar with the role and the play. Don’t worry if you stumble over a word, they are looking for energy and character.

Take a chance and Baby, they’ll make you a star!!!