Marketing Mogul, Musician or Both?

I received an exciting email this morning announcing John Oszajca's new Christmas ditty to be included in his next album. 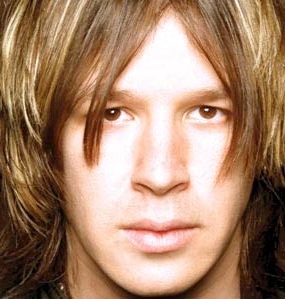 John Oszajca has experienced a growth in music not unlike many musicians from Fernandina would love to tell as their own story. Take a boy who grew up on an tourist island and drop him into Seattle’s music scene and then move him to Los Angeles.

That takes a lot of dedication and passion and that is just what Oszajca has done. Oszajca’s (pronounced Oh-zsa-kuh, as in the French children’s song, “Frere Jacques”) full-length albums include From There To Here – Interscope and First Sign Of Anything – Warner Bros. and his latest Elephant Graveyard that heralded fantastic reviews:

“His tunes brim with melodramatic hooks as well as irony, conjuring up the best of 1970′s era-pop and rock styles…”
People

With John recording in New Zealand over the holidays and the New Year, I received an exciting email this morning announcing a Christmas ditty to be included in his next album. John has given me permission to share it with you, our readership, and I am excited to surprise my partner Han, here at SearchAmelia with this wonderful new song for the holiday season.

The song is called “John Oszajca’s Golden Christmas Classic” and it is refreshing to hear something new for the holidays.

You can download two of his songs for free HERE, such as John’s latest single from his album Elephant Graveyard as well as I Hate You My Friend as featured in the feature film, “What Happens In Vegas.”

John also “gets it” when it comes to internet marketing and has helped other musicians reach the top in on-line sales. Musicians flocked to his Music Marketing Manifesto program that was so popular, well, John had to label it sold out just to catch up on the orders!

From me to you, for the holidays, I hope you enjoy this special treat from John Oszajca and Team SearchAmelia!

Merry Christmas Han, I am looking forward to a wonderful New Year with you on SearchAmelia!