Numerical proof that Attitude scores a perfect 100%, while Bullshit and Asskicking will take you over the top. 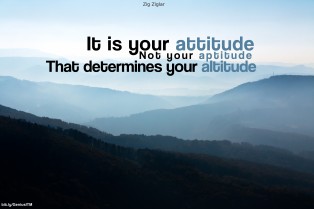 I learned that the following mathematical curiosity was discovered by 2 seasoned math teachers with a combined total of 70 yrs. experience.

Not saying that it takes someone’s boredom to discover something this interesting, but it begs to be considered at least. It is no surprise that language (any language) has a numerical order initially based on a variety of expressions and sounds. Philosopher Jean Jacques Rousseau wrote in his “Essay on the Origin of Languages” that language (as well as the human race) developed in southern warm climates and then migrated northwards to colder climates. In its inception, language was musical and had emotional power as opposed to rational persuasion. The colder climates of the north, however, stripped language of its passionate characteristic, distorting it to the present rational form. In the later chapters music is used as a metaphor to convey language’s transition. There is some proof that his assumptions are correct because in order to formalize and structure a language, western alphabets at least were developed in a numerical order.

Keep that in mind when exploring the following indisputable mathematical logic. AND…It also made me Laugh Out Loud.

From a strictly mathematical viewpoint it goes like this:

So, it is with mathematical certainty that we can conclude, that while Hard Work and Knowledge will get you close, and Attitude will get you a perfect score, Bullshit and Ass Kissing will put you over the top. Keep that in mind at your next job interview or political rally. Oh wait….isn’t running for political office really a Job Interview. Mmmm

And who says mathematics is boring?