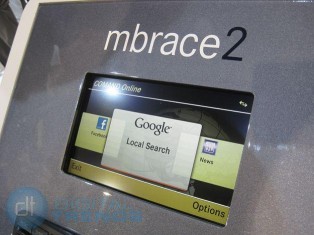 Remember the “good” old days of the automobile when a mechanical device called a carburetor was used to deliver fuel to the engine. Every modern car uses one or more onboard computers to precisely control the amount of fuel needed to run the engine. The advantage of these computer-controlled systems is that they offer greater fuel economy, cleaner emissions, and even increased power to drivers. In the same week that Google patented its driverless cars and golf carts to drive without a person on the wheel, Mercedes Benz used the New York Car show to introduce the capability to remotely upgrade on board computer systems.

Cars today are entirely reliant on software as the number of onboard computers increases. A brand-new vehicle may have one computer to control the engine, another to handle safety systems such as traction control and stability control, and another to handle navigation services and in-car entertainment. Obviously this progress comes with the crucial need to frequently update software.

Until now this was done with the use of USB flash drives, but now Mercedes Benz has pulled ahead of the competition with the ability to remotely update the car’s software.
Automakers loved USB drives for their portability and versatility as it allows them to install updates and patches on-location. For example Ford, which had a banner month in sales last month, announced late last year an update to its MyFord Touch, system which was not very well received by its users initially. The new version will be faster and includes many fixes and improvements to the user interface and Ford recently started sending out custom USB drives with the updated software to over 300,000 vehicle owners nationwide.

Now Mercedes is not talking about the driving mechanisms technology of its products. No, Mercedes is talking how it now updates its infotainment technology (is that already an  official word?) mbrace2.

Infotainment technology is moving so fast that without frequent upgrades, new car buyers will quickly be left with the equivalent of an eight-track player in their dashboard. The main previous solution to this problem has been cumbersome and costly as carmakers mailed software upgrades on USB sticks to customers and dealers.

Mercedes new system upgrades on the fly and is seamless to the customer. No more plugging in a flash drive and leaving your car running for 45 minutes. In a process called ‘reflashing’, the Mercedes system can turn on the car operating system (CU), download the new application, then cut itself off. It doesn’t require you to do anything at all. Scary??

Yes Google actually has a patent pending for driverless golf carts, as well as cars that can autonomously pick up kids from school and be switched into ‘sport mode,’ where ‘the vehicle may navigate through turns at the maximum speed that is safe.’ In addition to cars, trucks and golf carts, Google’s patent application calls dibs on autonomous buses, boats, airplanes, helicopters, lawnmowers, recreational vehicles, amusement park vehicles, trams, trains, and trolleys. Google also describes how its invention will enable autonomous police cars to conduct high speed chases and give law enforcement vehicles ‘a limited amount of control over nearby vehicles.

Of course the implications of Mercedes announcement and Google pending patents go obviously far beyond transparent upgrades of your streaming music system, but you know what?: Technology has become so much part of our lives, that the addition of yet another “natural progression” should simply be taken in stride. After all the human race strives primarily for comfort against the elements and that is what technology delivers. The thought however that someone, whether illegal hacker or legal authority, for any reason can remotely shut down or alter an operating system, whether airplane, car, train or ship could keep me awake at night, but dreaming that an evil force could remotely shut down the power grids, the kryptonite of our technological advancements, puts a new meaning to the word nightmare.