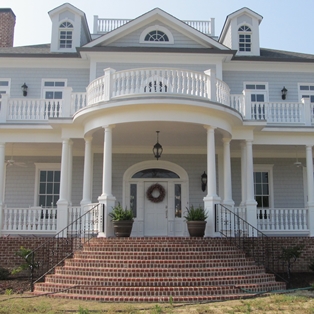 In an effort to document the city of Fernandina Beach’s architectural resources outside the Historic Districts, the City Planning Department will again be conducting a documentation survey this summer. In 2012, the Planning Department survey project evaluated beachfront development in the City. Beachfront development was identified in the City’s 2011 Reconnaissance-Level Architectural Survey conducted by Janus Research as a high-priority survey item. Until the survey was completed, little concentrated research had been done on the City’s beachfront development history and the structures along the beach. The project resulted in baseline structure documentation and a research report.

This year, the survey work will encompass mid-century architectural resources. No work has been done to date to recognize local mid-century architectural resources, which are buildings built during the 1940’s to 1960’s. The City is fortunate to be partnering with the Amelia Island Museum of History to conduct this survey. A Museum intern will be working on the project. The survey field work will consist of collecting historical information on neighborhood and building development in the City, and taking photographs of residential and commercial buildings in neighborhoods downtown and north and south of Atlantic Avenue. Photographs will be taken from the right-of-way only and will not encroach on private property.

This survey, along with the 2012 beachfront survey, is being done for informational purposes only, to document existing structures as of the survey date. The 2011 Janus Survey did not identify any potential new historic districts in the City.

For more information or to ask questions, please call the City of Fernandina Beach Community Development Department at 904-310-3135 or email Adrienne Burke at aburke@fbfl.org.