Missing Fernandina Boy Has Been Found

The missing 12 year old boy from Fernandina Beach was located in Alachua County, FL in the care of a family member. 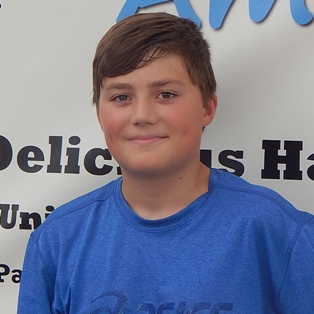 Fernandina Beach, FL – The missing 12 year old boy was located at 7:35 PM in Alachua County, FL in the care of a family member.

This case remains open as investigators consider this complex turn of events.

The Fernandina Beach Police Department has been actively investigating this case since it was first reported at 12:15 PM yesterday. A Task Force was quickly established which included detectives and police officers from the Fernandina Beach Police Department, the Nassau County Sheriff’s Office, The Florida Department of Law Enforcement, the Federal Bureau of Investigation, the National Center for Missing and Exploited Children, as well as many civilian members of FBPD Police Auxiliary Corps.

The child, Peter J. Bresko, Jr., has been spending the summer with his father in the Fernandina Beach area. The boy was last seen at the Farmer’s Market in downtown Fernandina Beach where his father is a vendor. His father reported that the boy left the area at about 11:00 A.M. on Saturday to use the restroom and then could not be located.

Attempts to locate the boy throughout the day and night proved fruitless, as detectives ran down leads and attempted to create new leads with the help of technology. At one point today the boy called the Runaway Children’s Hotline and calmly reported that he was safe and not in danger. On another occasion this afternoon his father’s sister called to say that she had her nephew and was currently located in Fernandina Beach.

Local officers and federal agents near Gainesville eventually located the boy with his Aunt in Alachua County and confirmed his identity. The child has been taken into custody by the Department of Children and Families to confirm his well being and to sort out the best course of future action.

This case created a great deal of social media inquiry and the Task Force appreciates the many leads and well wishes from the local community.