Monroe Institute Spiritualism at the Dome

For those of us in search of spiritualism, the Dome Healing Center at the Corner of Scott Rd and Amelia Pkwy, offers a great Hemi Sync session Friday from 7-8:30pm 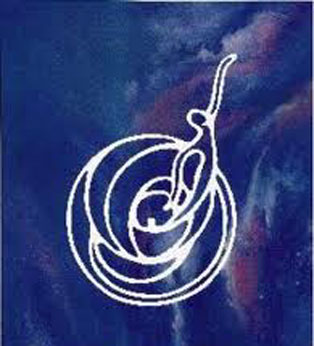 Being born into a fundamental christian environment often leads to a moment in life when spiritual answers can not be clearly given by traditional religions. It’s the cross road of consciousness enlightenment and dogmatic acceptance.

I walked this road, like so many of us, until years ago I had the chance to find some answers during a stay in the isolation of the Himalayas. Having bounced back and forth since between the practicality of religion and spiritualism, I tweaked my senses when the following announcement came into our inbox. If the topic of spiritualism is one close to your heart, you may want to consider grabbing a chair at the Dome Healing Center this Friday evening when executive director Paul Rademacher of the world renown Monroe Institute in Virginia is scheduled to give an insight into his journey into consciousness and spiritualism.

I knew that the Dome has been actively involved with the Monroe Institute and their Hemi-Sync exercises since last December. Actually it must have been about 15 months ago that I received a Hemi Sync Soundtrack massage from Don, which was an amazing experience. That I have not returned since for another one of those massages has nothing to do with the magic of the experience; but everything to do with my personal preference of getting a massage from my friend Mike Shore at Amelia Massages. In a lifetime of physically abusing my body, Mike has just found the right approach to keep me going, but I do admit that these Hemi-Sync soundtracks produce a depth of relaxation that is beyond explanation.

Don and Cindy at the Dome deserve a lot of credit to pursue this relatively new approach to health and wellness and having someone of Rademacher calibre explain the experience and the journey is exceptional. Paul Rademacher has a fascinating story starting with his graduation from Princeton Theological Seminary with a Master of Divinity degree in 1985 followed by a 15 year stint as a Presbyterian pastor.
He is an acclaimed public speaker, seminar leader, artist, closet musician, husband, and father of three.

The path to enlightenment is hardly ever a straight one especially if traditional religion is no longer satisfying the spiritual needs. It’ that point where people discover the simple truth that you don’t have to be religious to be spiritual.
Rademacher chronicles his journey in “The Spiritual Hitchhiker’s Guide to the Universe,” reflecting on his life in the process.

Don and Cindy Murphy at the Dome invite everyone interested in spiritualism to set some time aside for this experience coming Friday evening from 7-8:30