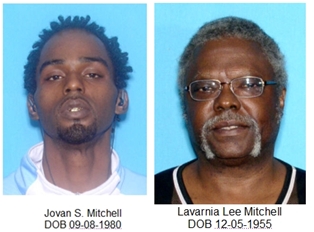 Lavarnia Mitchell, 57 years of age was arrested at his residence following the execution of a state search warrant for the distribution of cocaine. Mitchell was charged with Owning/renting/leasing a property that knowingly distributes narcotics.

The Mitchells are currently in the Nassau County Detention Facility.